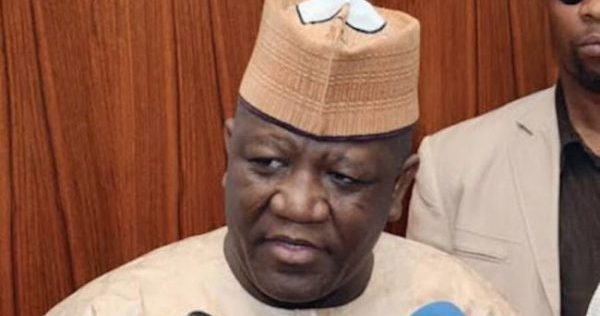 The Senator Ahmad Lawan-led Senate Ad-hoc committee on security infrastructure, were on Wednesday, inundated with shocking revelations by the state government and residents of some communities in Zamfara state.

The committee, during its two-day fact finding visit to the state, was informed by the state governor, Mr. Abdulaziz Yari, that security agencies like the Nigeria Police Force (NPF) and Army were unable to contain the atrocities of armed bandits due to lack of ammunitions and insufficient personnel.

Lawmakers were told that the bandits who wrecked havoc on communities in the state consisted of heavily armed herdsmen and fleeing Boko Haram insurgents.

According to accounts by the deputy governor, Ibrahim Muhammad, the crisis which has engulfed Zamfara “has the potential of consuming the state and escalating beyond its borders”, if not nipped by the Federal Government.

The deputy governor, who chairs the reconciliation and disarmament committee, disclosed that the state government had in the past negotiated with armed bandits following the kidnapping of forty persons.

He added that the reconciliation process which led to the disarmament of boko haram insurgents and bandits, resulted in short lived normalcy that was truncated by some challenges and frustrations which he refused to disclose.

He said: “The peace process of our committee was launched at a place called Gobirwa Chali, where the representatives of the bandits were met. After that, another meeting with the side of Yansakai was held at Dansadau.”

“At a point the reconciled communities even arrested some Boko haram insurgents, along with their weapons which include sophisticated rifles, bullets, and bombs. The captives were taken to the custody of His Royal Highness, the Emir of Zurmi, Alh. Abubakar, who in turn handed them over to the military.

“Some bandits and Yankasai willingly surrendered their weapons to the committee. The last count indicated the receipt of over three thousand weapons which include a large number of AK47 riffles, SMG, Pump action, G3, Long den guns, Locally made guns and cache of arms; all the weapons were handed over to the army for custody,” he added.

He, however, stated that, “inspite of all the aforementioned achievements of the committee, its assignment had to be halted as a result of some challenges and even frustrations.”

In a presentation to the Senate ad-hoc committee, the Secretary to the State Government, Professor Abdullahi Muhhamad Shinkafi, said that over 10,000 houses were destroyed, with over 200 persons abducted by armed bandits.

The senate ad-hoc committee, in a separate meeting with traditional rulers, stumbled across horrifying details which shocked members of the panel.

Newsmen who accompanied the committee, while speaking with some residents of the communities who refused to be quoted for fear of being killed, were informed that the police and army are aware of the location of the armed bandits but cannot act out of fear of being overpowered and killed.

According to another resident whose first name is Abubakar, the killings by armed bandits whom he said consisted of boko haram members, did not just start recently but as far back as 2012.

He disclosed that despite the killings in the past, the state government and some key political figures in the state refused to speak up out of fear of loosing their popularity.

When confronted about the recent move by a lawmaker, Senator Kabiru Marafa, to expose the nefarious activities of armed bandits in the state, Abubakar further disclosed that it was done with the intention to spite Governor Yari and bring him to disrepute.

Abubakar, a resident of Gusau, told newsmen during the course of investigation that over five communities in the lawmaker’s senatorial district were attacked in the past, and nothing was said about it then by Senator Marafa until he fell out with the state governor.

In one instance, Abubakar disclosed that over thirty miners were brutally killed by armed bandits in Bindi community in 2016.

He said that scores of women, consisting of married women and teenage girls were abducted and raped severally by the armed bandits who brandished their weapons in public while moving in broad daylight with motorcycles.

It was gathered that the armed bandits killed the miners because they were informed that they had at different times tipped off security agencies about their activities.

It was also learnt that the vicious bandits also have informants in the various communities under siege, making it difficult for residents to volunteer information to the police and army.

He added that residents of the various communities in a bid to escape the wrath of the bandits have resorted to taking safety in deserted locations in the bushes away from their villages.

In another presentation to the panel by the Speaker of the Zamfara State House of Assembly, Honourable Sanisu Garba Rikiji, over 20,000 residents across the state were displaced due to the bloody activities of said armed bandits.

Traditional rulers on their part, who converged on the palace of the Emir of Gusau, lamented that they have been stripped of their rights to be actively involved in the security of their communities, a development that has contributed to, and heightened the spate of insecurity in the state.
By Ehisuan Odia…