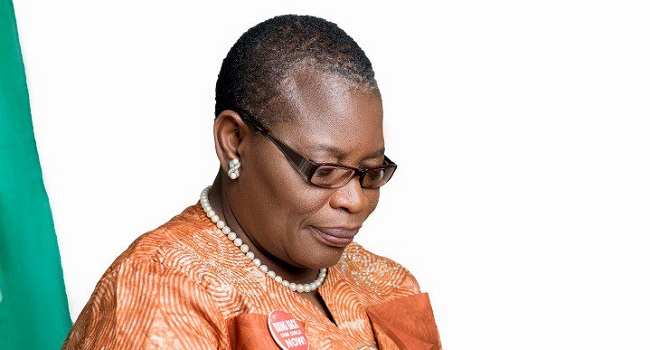 The early Saturday morning arrest of Omoyele Sowore, presidential candidate of the African Action Congress in the 2019 general elections, has continued to attract outrage and condemnation.

Nigeria’s former Minister of Education and human rights activist, Oby Ezekwesili, is the latest to lend a voice to Sowore’s detention by men suspected to be operatives of the Department of State Security (DSS).

Reacting via her official twitter handle, @obyezeks, Ezekwesili, also a presidential candidate of the Allied Congress Party of Nigeria in the 2019 presidential election, tweeted:

Hmmmm. @AsoRock ought to know that they cannot sustain this unconstitutional habit of repression against #CitizensRights. All these persistent acts of @NGRPresident to shrink the Public Space with rabid level of intolerance for dissension will surely fail.#FreeSoworeNow!

DSS operatives reportedly arrested Sowore in the early hours of Saturday at about 1.25 a.m. in his apartment.

Nigerian government officials are yet to react to Sowore’s arrest.