Home » Politics » Buhari is after me, my life in danger – Obasanjo 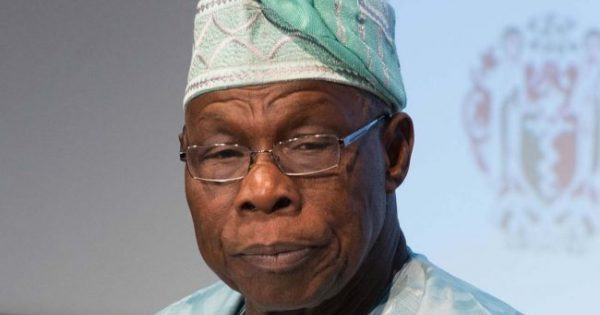 Former President Olusegun Obasanjo on Friday raised the alarm over alleged sinister plans being hatched against him by President Muhammadu Buhari.

He alleged that his life is on President’s Buhari’s watch list and that the security of his life can no longer be guaranteed.

Obasanjo, who made this allegation in a statement by his media aide, Kehinde Akinyemi, on Friday, explained that the Buhari-led administration intends to use fake documents and witnesses against him.

Noting that he would not have bothered himself about the information, the former President however said that those who hinted him of the supposed sinister plot against him were not people who’s talks one could ignore.

“Impeccable security sources have alleged Chief Obasanjo’s name is on their Watch List and that the security of his life cannot be guaranteed. According to these informants, many of who are in the top echelon of the Nation’s security management and close to the corridors of power, the operatives are daily perfecting how to curtail the personal liberties of the former President and hang a crime on him.

“Ordinarily, we would not have dignified these reports with a response but for the fact that many of these informants are not known for flippant and frivolous talks. Secondly, this Government has demonstrably exhibited apathy, and in some cases, encouraged by its conduct, daily loss of lives and property in many states of the country, the office cannot be indifferent.

“We are currently in a nation where the Number Three citizen is currently being harangued and the Number Four citizen is facing similar threat within the same Government they serve. There is a groundswell of our nationals that live in fear that they could be hounded, harassed, maimed or even killed as the battle for 2019 takes this worrisome dimension.

“For Chief Obasanjo, this is a joke carried too far and being someone who do not act on unofficial information, he had cautioned all informants and adopted a wait-and-see attitude to the bestial propositions allegedly being contemplated to cow, cage and embarrass him.

“The content of the alleged beastly designs, it was learnt are two-fold for now. One, to seize his International Passport and clamp him into detention indefinitely, in order to prevent him from further expressing angst on the pervasive mediocrity in the quality of governance, economic management and in the protection of lives and property by the Government.

“But, since that could expose the government to a swath of international condemnation, embarrassment and outrage, it is said that another plot being hatched is to cause the Economic and Financial Crimes Commission (EFCC) to re-open investigation into the activities of Chief Obasanjo’s administration using false witnesses and documents. This will be a re-enactment of the Abacha era in which Chief Obasanjo was one of the principal victims.

“The same EFCC that had conducted a clinical investigation on the activities of Obasanjo in and out of Government, it was said, would now be made to stand down the existing report that gave Chief Obasanjo a clean bill of health on the probes are now to get him indicted, fair or foul for possible prosecution and persecution like it is being done to real and perceived opponents, enemies and critics of this government.

“Dissent is a fundamental principle on which liberal democracy is predicated. A true democrat must be ready to live with and accommodate dissent and opposition. While it is regrettable how the government has sunk in its shameless desperation to cow opposition, a resort to blackmail, despotism and Gestapo-tactics being employed by the goons of this Government would not hold water. And no government ever remains in power forever.

“For the record, Chief Obasanjo reiterates his readiness to face probe again after that of the House of Representatives, the Senate, the ICPC, and the EFCC, but before an independent, objective and credible panel of enquiry to account for his stewardship in Government and beyond.

YOU MAY ALSO LIKE: After being gov, minister, head of state, I want to round off with second term— Buhari

“Chief Obasanjo reiterates that he has taken a principled position to ensure that the ship of the Nigerian State does not capsize and he remains steadfast in his resolve to turn the tide of maladministration, poor economic management and rudderless governance model that has tore Nigerians apart on account of religion and ethnicity which is a great threat to our democracy’.

“We would like the government and its supporters to understand that no amount of campaign of calumny, no matter how well contrived, orchestrated or marketed would deter Chief Obasanjo from calling a spade by its name. Chief Obasanjo is a patriot whose sole agenda is to ensure that the country’s unity, progress and democracy are not negotiated on the altar of incompetence and provincialism and mediocrity.

“It is important to point out that Chief Obasanjo is one former President and Head of State who has engaged the current administration privately and in a bilateral manner on several issues of direct interest to the government and other matters of national concern. That channel of private engagement remains open and continues. However, should there be the need for public engagement, the right to free speech will always be exercised and jealously guarded, again in the best interest of Nigeria and the government,” the statement read in part.

Obasanjo had in 2015 abandoned the Peoples Democratic Party (PDP) to support President Buhari presidency. However since Obasanjo’s letter accusing Buhari of incompetency and advising against seeking re-election, the relationship between the two former military leaders has remained soured.