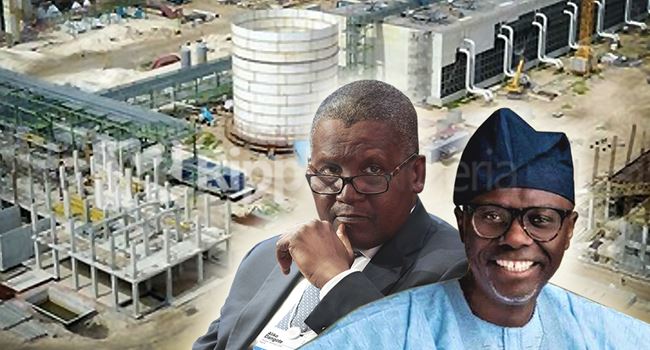 Perhaps, Nigeria (for once) is getting it right as its billionaire businessman, Aliko Dangote, attempts to dabble into the oil production business, a sector that has suffered neglects –causing Africa’s largest economy country (Nigeria) to remain oil importers despite being one of the world’s oil endowed nations.

Whatever had led to this late-coming of ours is a discussion for another day.

It suffices, at the moment, to rejoice on this business feat yet we must make out time (as well) to probe the cause as analysts. In management, when embarking on massive projects; multi-billion dollar developments like this cannot pass until it answers certain questions. Doing enough justice to these queries earns it the regards it deserves. Otherwise, it’s a lame kangaroo of a sort.

Come 2020, according to plans, Lagos will pride itself as home to the world’s largest single-train oil refinery. Not minding the existing debate that the refinery will not commence operation until 2022 or 2023 by experts; the Dangote team has promised the world that the facility will produce oil once it is completed by the ending of 2019.

Perhaps, those experts were right, as only recently, the date for the commencement of production has reportedly been pushed forward to the ending of 2020 by the team. And, we can only hope that it won’t be shifted any further.

While the team should be left to address its internal challenges, the public (including the government) should focus on possible challenges that are inherent from this development. Sadly, it’s becoming our tradition to leave matters until they go nut. Our disaster strategy has always been a cure-approach where we must suffer an ailment before attended to.

Lagos, not only because it’s a former capital territory of the country but also as it has become a choice destination for both Nigerians and foreigners, already serves as home to about 20 million peoples; a plant as an oil refinery can only serve as a multiplier factor. This is only expected as oil business currently takes the centre stage in the Nigerian economy driving about 90% of our foreign exchange.

Recalling statistics, as of the 4th quarter of 2018, auditing government revenue, oil alone accounted for 71% of government’s earning based on economic report published by the Central Bank of Nigeria early this year.

While we should not run away from an economy-improvable project, it is pertinent that we ensure we put in place measures to accommodate such project. Going by what Lagos state has on ground and what can be observed, we are not certain that the government is prepared to add another load just yet. Already, there is an ongoing struggle by Lagos state to cater for its existing population. There is a number of rhetoric(s) surrounding Lagos that calls for concerns;

Is Lagos the best site?

“Yes,” as a business that deserves the best space, Lagos is a good catch. This way the port can also serve to its advantage. “No,” considering the potential dangers that the state might encounter if operational safety measures and the state general welfare are not adequately considered. If all loose ends are not tightened it’s a case of enriching a man’s pocket at the detriment of the majority counting in millions. That’s outright capitalism, and it not ideal for a state like Lagos where an appreciable level of civility is expected.

Already, with a chocking population standing at 20 million, going by the average; the transportation sector is yet to get over its autistic redundancy. We can only imagine what will become of our roads when Dangote’s 650,000 barrel capacity refinery attracts more people into the state.

What about global warming?

Although only a few is aware of the climate change challenge the world is dealing currently with. This is not surprising, however, as journalists (watchdog of the masses) know little (themselves) about this novel issue. In simple terms global warming can be explained as the increase or the prevalence in greenhouse gas emissions within a space or ecosystem. When this happens, the city is heated up as a result of excess carbon dioxide (greenhouse gas) in the atmosphere.

A careful examination of some of the leading sources of the hazardous greenhouse gas shows that Lagos can only be an endangered species. Why our health and environmental scientists are not telling us this is discerning. Climate change ambassadors call the world to go green yet the reverse is the case here in Nigeria. How much disaster shall we influence? Perhaps, we care little about the future of things. A gallon of gasoline is all that is required to generate about 20 pounds of carbon dioxide. Imagine how many gallons the world consumes daily and its corresponding pounds of carbon dioxide.

In fighting global warming, how many trees have we planted to absorb these gases? What is the situation of the Lagos-Ibadan road during rush hours, factoring the new thrust of people that will join the existing users once the refinery is completed? As beautiful as good roads are, at the greenhouse gas level, it’s only a potential source as going green is the only alternative. More people living far away from their workplace means more crude oil for transport –which is also adding to the level of greenhouse gas in the atmosphere.

It is rather shocking that despite global awareness on climate change and its challenges, how disastrous fossil fuel production has been a precursor to global warming; Lagos, without taking due precaution, is seen throwing its weight behind this complex.

No matter how “business wise” the Dangote refinery might be for Lagos, the state must know that there is a lot on its part to be done in matching this potential economy booster project with the general common good –which is its fundamental mandate.