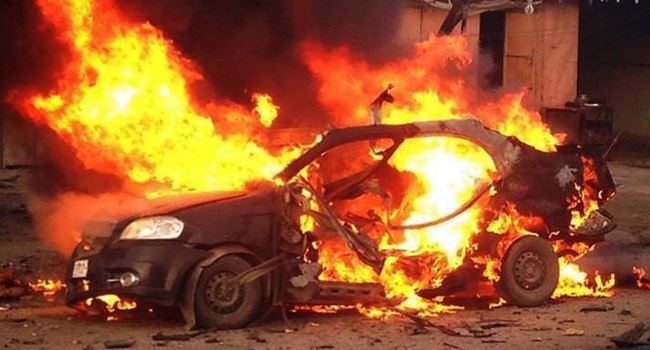 A prominent Somalian journalist, Abdiaziz Mohamud Guled, who worked with the state-run Radio Mogadishu, has been killed on Saturday in Mogadishu when a suicide bomber blew up his car, government officials said, adding that another journalist who was with the deceased in the car was injured.

Guled, popularly known as Afrika, who was a director at the radio station, reportedly died from his wounds, while fellow journalist, Sharmarke Warsame, who was traveling with him, sustained a severe injury, government spokesperson Mohamed Ibrahim Mo’alimuu, said.

While confirming the incident in a statement, Mogadishu police spokesperson, Abdifatah Aden Hassan, said that the attack was carried out by a suicide bomber.

“A terrorist suicide bomber, apparently wearing an explosive vest, rushed towards the car in which the journalists were traveling in the Bondhere district of Mogadishu, jumped to the car window, and blew himself up,” Hassan said.

Guled, a prominent journalist in the country, had worked with different private radio and TV stations in Mogadishu before he joined the Somali National TV and Radio about 12 years ago.

He was once the producer of a popular government TV program, Gungaar, which means ‘In-Depth,’ and had, on several occasions, interviewed al-Shabab and ISIS suspects detained in government prisons by Somalia’s National Security Agency, to reveal information and the tactics used by the two terrorist groups in their attacks.