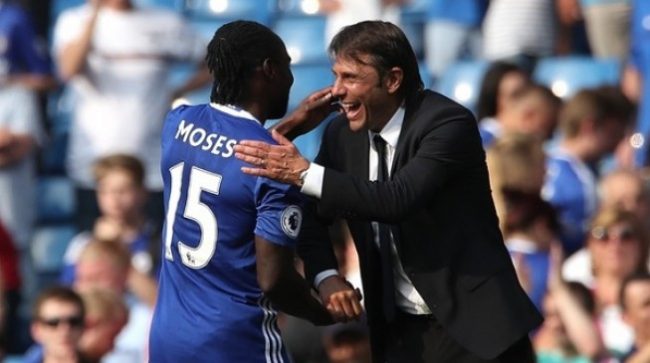 Super Eagles duo of Victor Moses and Ola Aina will get a new manager this season as the club formally announced they have parted ways with Antonio Conte after two years in charge.

The 48-year-old Italian, whose three-year deal with the Blues has been cut short, won the Premier League in his first season and the FA Cup last season, but his team finished fifth in the league, missing out on Champions League qualification.

“During Antonio’s time at the club, we won our sixth league title and eighth FA Cup. In the title winning season, the club set a then-record 30 wins in a 38-game Premier League season, as well as a club-record 13 consecutive league victories.

“We wish Antonio every success in his future career.”

Meanwhile, reports have it that former Napoli manager Maurizio Sarri is expected to succeed Conte at the Bridge.

During three years with Napoli, Sarri did not win a major honour but guided the club to second, third and second again in the league.

And the former Empoli manager was named Serie A Coach of the Year in 2016-17.