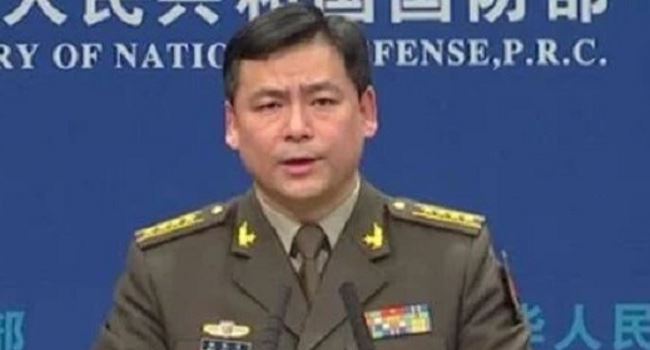 Chinese authorities have accused the United States of America of seriously undermining peace and stability in the Taiwan Strait after a US Navy destroyer sailed through the waters amid escalating tensions between Beijing and Taipei.

Spokesman for China’s eastern theatre command, Zhang Chunhui in a statement on Thursday said that the Chinese military followed and monitored the USS Barry as the destroyer travelled through the strait on Wednesday.

Zhang accused the US of sending “misleading signals” to people in Taiwan, state media reported.

The State Department named 10 individuals – all of whom have already been sanctioned, including Hong Kong’s Chief Executive Carrie Lam – and said within 60 days it would identify financial institutions that conduct significant transactions with them.

EndSARS: My driver died as a result of protests —Keyamo