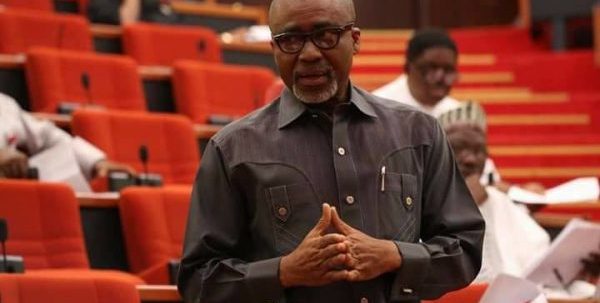 The Federal High Court, Abuja, presided over by Justice Rita Nyako is resolute in its position that Senator Enyinnaya Abaribe must either produce ‘missing’ leader of the Indigenous People of Biafra (IPOB), Nnamdi Kanu, go to jail or lose N100 million he and two other persons each deposited as surety.

This was as the judge on Wednesday agreed that the senator and the two other persons, who signed as sureties to Kanu, be served enrolled orders to enable them appear before it on June 26 to show cause why they should not be committed to prison over Kanu’s repeated failure to appear for continuation of his trial, or forfeit the money they individually deposited to secure Kanu’s bail to the Federal Government.

Kanu, leader of IPOB, now a proscribed group, has remained missing since his home was invaded by the Nigerian Army in September last year.

But Nyako maintained on Wednesday that Senator Abaribe and the two other sureties should produce Kanu at the next adjourned date or either be committed to jail or forfeit the N100 million they committed for his surety to government.

Aside the senator, two others who stood as Kanu’s sureties and to be served the enrolled order are; a Jewish High Priest, Emmanu El- Salom Oka BenMadu, and an accountant, Mr. Tochukwu Uchendu.

The order of the trial judge came after the three sureties who were in court, through their respective lawyers, protested that they only read about the summon the court earlier issued against them, on the pages of newspapers.

The court had on October 10, 2017, summoned all the three sureties following an application the Federal Government made pursuant to section 179 (1) of the Administration of Criminal Justice Act, ACJA, 2015.

Justice Nyako formally issued an order against the sureties on February 20, saying they should explain Kanu’s whereabouts of risk jail.

Recall that the trial justice had on April 25, 2016, released Kanu on bail on health ground after he had spent a year and seven months in detention.