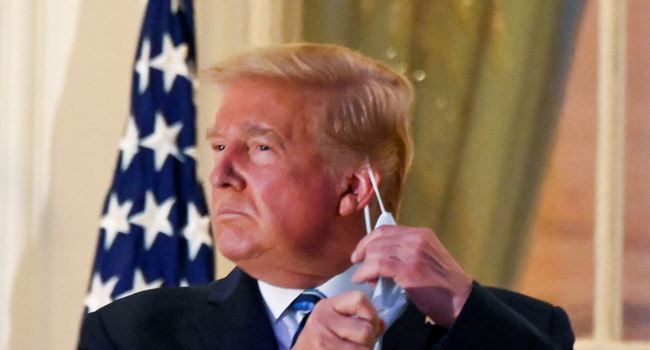 The President of the United States of America has declared that he is immune to the deadly Covid-19 virus after his doctor declared him no longer a risk of transmitting the virus.

In an interview aired on Fox News on Sunday, Trump said he no longer has COVID-19 and declared he was now “immune” from the virus, a claim that was impossible to prove and comes amid a series of outstanding questions about the president’s health.

“I’m immune,” Trump said in an interview on Fox News. “The president is in very good shape to fight the battles.” He did not say whether he had tested negative.

Meanwhile, authorities in China’s Qingdao said on Monday they would test the city’s entire population of more than nine million people for COVID-19 during the next five days, after new cases appeared linked to a hospital treating people who had been confirmed with the disease after returning from overseas.

The coastal city, nearly 700km (435 miles) southeast of Beijing, reported six new COVID-19 cases and six asymptomatic cases as of late October 11 with most of the cases linked to the Qingdao Chest Hospital.