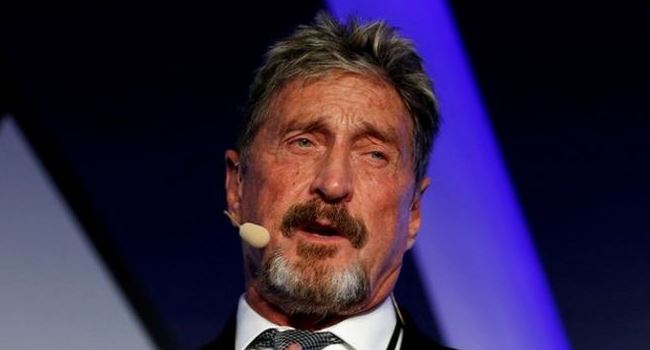 One of the most prominent lawsuit in cryptocurrency history has begun, and it involves the founder of McAfee computer security software, John McAfee and the US Department of Justice (DOJ), as well as the Federal Bureau of Investigation (FBI).

McAfee was said to have deceived investors into investing in cryptocurrency in order to cash-in on their participation which will cause a price bubble. This action has led to a lawsuit against McAfee who still has a tax evasion case hanging on his head.

McAfee, according to indictment unsealed by DOJ, had promoted cryptocurrency on his social media, hyping the digital asset in order to push the price up, then sell his holdings at an expensive price.

His action is labelled pump and dump, which is an abuse of market. It is a scam activity that involves an investor purchasing large stock or crypto, which will automatically boost the price, then the investor engages in publicising the crypto price gain in order to lure more investors.

Once participation rises, the price of the crypto will also jump, and once this happens, the investor behind the initial large purchase and publicity will dump or sell their crypto to interested buyers at the high price – due to the size of their holdings, the crypto price will crash, and no buyer will be available to buy from late investors.

Pump and dump is usually done with lesser known crypto, just like McAfee did with cryptocurrency altcoins, and he gained $2 million from the pump and dump activity. Aside from that, he also promoted Initial Coin Offering on Twitter without disclosing to his followers that he was paid for the promotion, Forbes reported.

McAfee and his cryptocurrency team advisor, Jimmy Watson Jr made $13 million from defrauding investors. US attorney Audrey Strauss said, “McAfee and Watson exploited a widely used social media platform and enthusiasm among investors in the emerging cryptocurrency market to make millions through lies and deception,” US attorney Audrey Strauss said in a release.

Related Topics:DOJFBIMcAfeescamming investors
Up Next

Naira may inch closer to N500 against the dollar next week