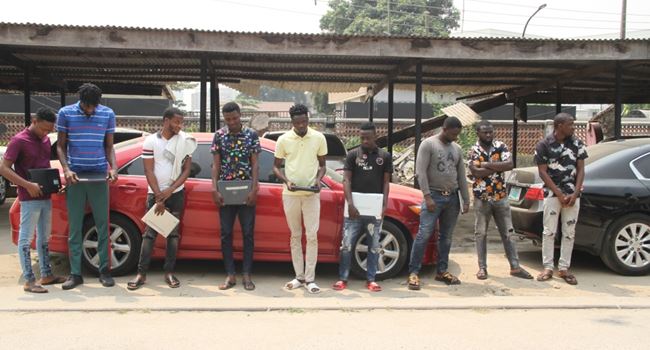 The suspects were arrested on Wednesday in Magodo Phase 1 Estate, Lagos, following intelligence reports received about their criminal activities.

Items recovered from the suspects at the point of arrest include exotic cars, laptop computers, telephones and several incriminating documents.

Acting Head, Media and Publicity of the EFCC, Tony Orilade said in a statement that the suspects would soon be charged to court.

INSECURITY: Nigerians are on our necks, redouble your efforts, Gbajabiamila tells service chiefs