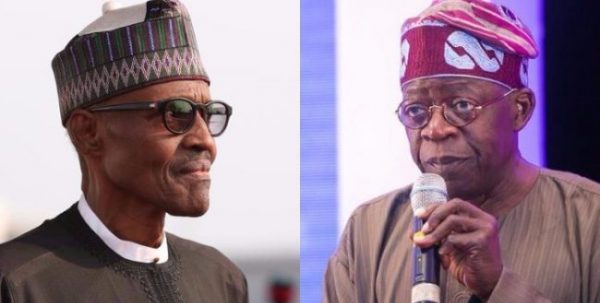 Your Excellency,
On behalf of our state’s estimated 20 million residents, let me say congratulations on a safe and uneventful trip in and out of Lagos. Alhamdulillah!
How is Hajia Aisha? Some folks here were wondering why she did not make the trip; she was most probably baby-nursing Yusuf, who is still recuperating from injuries sustained from that freak power-bike accident on Boxing Day.
But my reason for writing is not to bother you about who accompanied you on that trip and who did not. Like me, you will naturally ruminate over those two days you spent in a state that prides itself as the “State of Aquatic Splendour” and “Centre of Excellence.” We Lagosians too have been reviewing that your visit, the kernel of which was your opening the Ikeja Bus Terminal, an initiative of the state government. They say it is ultramodern. But bellyachers prefer to reduce your grand assignment to the commissioning of a bus-stop. As these cynics insist, a bird by any name is a bird; and a bus terminal remains a bus-stop, no matter how grandiosely you paint it. But I think these hate-speechers got it wrong, because the Akinwunmi Ambode I know will not concede an inch of that edifice to those lousy agberos and motor-park touts that are the hallmark of our regular bus-stops, where they have turned life into hell for commuters and transporters. In fact, some people have begun to conclude that knowing you for whom you are, should you win re-election in 2019 and Ambode’s scheming for 2019 somehow unexpectedly kisses the dust, this singular project qualifies him for appointment as a super-minister with a portfolio of up to five ministries! Kai, people and their imagination sha!

Your other assignment in Lagos was your distinguished presence at the 66th birthday colloquium for Asiwaju Bola Tinubu –the beautiful bride of Nigerian politics today. By the way, your current courting of Tinubu (appointing him to supervise APC reconciliation’s and backing his position against the John Oyegun-led APC NEC’s tenure extension) shows you are really heeding Hajia Aisha’s voice in “the other room,” and restoring to the front-burner someone who invested in your 2015 electoral success.

Even then, Your Excellency, I am troubled. Why?

You came and could not say to Lagos, “I come bearing gifts.” You came into office in May 2015 (i.e. three years next month), and you are coming to Lagos for the first time –officially!– without having one single Federal project to commission, inspect or launch!?No FG project for Lagos in three years? Hello! And this is after you supervised budgets of over N26 trillion (N4.49 trillion in 2015, N6.06 trillion in 2016, N7.298 trillion in 2017 and N8.6 trillion in 2018)! And not one of the 19 ministries, 36 ministers and roughly 202 parastatals under you could come up with anything creative for you to do in Lagos. Anything! If only for eye service! If only for show!
Or were your MDAs affected by the omnipotent, omni-sufficient posturing of this state whose record-breaking N1.o46 trillion for 2018 is not only the largest ever by any state government, but is bigger than the budget of several Third World countries? Does that figure give the illusion that Lagos can live without Abuja’s inputs?
Problem is that, lately, the Federal Government appears to be in retreat, handing over some of its traditional responsibilities to states and the private sector in PPP arrangements. Even in Nigeria’s almighty petroleum sector, strategic partners have trouble getting Federal authorities to hand over requisite counterpart funds for joint ventures. In Lagos, Federal facilities like the Airport Road and the State House at Marina have been ceded to the state, while the National Theatre and the National Stadium in Lagos escaped the same fate by the whiskers, thanks to public outcries. In spite of keeping the lion’s share of the national cake (52.68 percent, to the states’ 26.72 percent and the councils’ 20.60 percent), the Federal Government is shedding duties and looking more trim but irresponsible.

But, Sir, this is Lagos! As far as projects and programmes are concerned, the Federal Government cannot cold-shoulder this strategic city state, a significant commercial hub in the West African sub-region. In fact, persistent agitations have been for placing Lagos on a special allocation, just like Abuja enjoys.
For a two-day visit, which you had three years to prepare for, no Federal project was inspected, launched or commissioned by Your Excellency!
You came into a state with an estimated 7-million housing deficit, and you did not as much as commission or launch one block of flats! I understand you went to Atlantic City and savoured the magnificent buildings and sublime layouts of this private initiative that pours scorn on the pedestrian achievements of politicians in public office. How apt would your visit have been if you partly spent it commissioning a housing estate executed under your Minister plenipotentiary, Mr. Raji Fashola, former Lagos Governor! By the way, during his eight-year tenure, Fashola impressed in several things, but definitely not on housing. He is oft quoted as saying: “If there are no low-cost cement and building materials, how can any sane person talk of low-cost housing?” That speaks volumes for the current barrenness in that arm of his three-pronged ministry.

It would have made a world of difference if you spent a portion of those 48 hours inspecting or launching a renovated National Stadium in Surulere, a.k.a. Sports City; or inspecting or launching a newly-constructed ultramodern, world-class heart centre, kidney centre, cancer centre or something at the Lagos University Teaching Hospital (LUTH) to magnetise medical tourism towards Nigeria.

Perhaps, your Minister of Culture, Alhaji Lai Mohammed, would have brought you down to the Arts Theatre in Iganmu, and afforded you the glory of commissioning or inspecting “ongoing renovations” at this FESTAC ’77 masterpiece now in shambles. Perhaps, he could have brought you to see how he is helping tackling galloping unemployment by Nigerians occupied with his pet project of masquerade “wardrobing.”

How more useful this visit would have been if you went inspecting or commissioning maintenance work on the intractable access roads to the Apapa and Tin-Can ports, through which Nigerians and foreigners connect the nation’s busiest and most profitable seaports and star revenue generators. Even one of the roads has been ceded to Dangote on a tax buyback arrangement, another mark of government’s “weight-shedding.”
If your IG of Police (taking a breather from denigrating “sinking” governors and belittling their people’s slaughter) had lined up brand-new police patrol vehicles for commissioning by you, it could have elevated your Lagos visit.

It cannot be due to the country’s economic downturn, seeing so many trillions have rolled out in the last three years? It cannot be due to your 97-5 percent Pareto Principle to MOSTLY breastfeed states that favoured you in 2015, because from Lagos’s total votes of 1,443,686, you won 792,460, over 50 percent. Who dares joke with a state having 5,827,846 registered voters in its kitty? In less than a year, you will (God sparing your life) return to Lagos for campaigning. Lagos will need then to do a cost-benefit analysis of its relationship with Your Excellency. We are talking of 5,827,846 votes!
Truth is that for joining mainstream politics, the first time since 1999, Lagos (under APC) should be garlanded with projects from its affinity with the equally APC-controlled Centre. So far, Lagos is yet to reap the fruits of this romance.

Your Excellency, I did not set out to make this a Letter of Lamentations; and sorry, if it sounds like one. Bottom line is that you have one year to do penance. By the time you come for campaigns, you should meet a smiling Lagos. All we are saying –In your kingdom, remember Lagos!
May God grant Yusuf perfect recovery. Extend my greetings to Hajia Aisha and the rest of the family.
My Best Regards:
Felix Oboagwina.