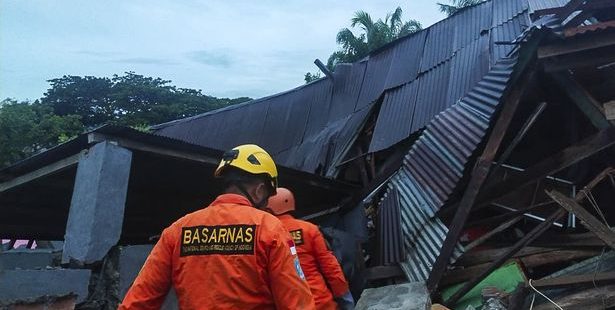 The death toll arising from the 6.2 magnitude earthquake which rocked Indonesia’s Sulawesi Island, levelling houses and displacing many, has risen from 42 to 56.

Two days after the disaster, it is unclear if there are people still trapped but alive under the debris on Sulawesi as rescue operatives continue to search for survivors.

Authorities on Sunday said that thousands of victims of the quake have been left homeless as rescuers raced to find anyone still alive under mountains of rubble.

Reports say many survivors are unable to return to their destroyed homes, or were too scared to go back fearing a tsunami sparked by aftershocks, which are common after strong earthquakes.

“It’s better to take shelter before something worse happens,” said Mamuju resident Abdul Wahab, who took refuge in a tent with his wife and four children, including a baby.

“We hope the government can deliver aid soon like food, medicine and milk for the children,” he added.

According to Indonesia’s disaster mitigation agency, dozens of bodies have been hauled from beneath crumpled buildings in Mamuju, a city of about 110,000, while others were killed south of the area after the quake struck.