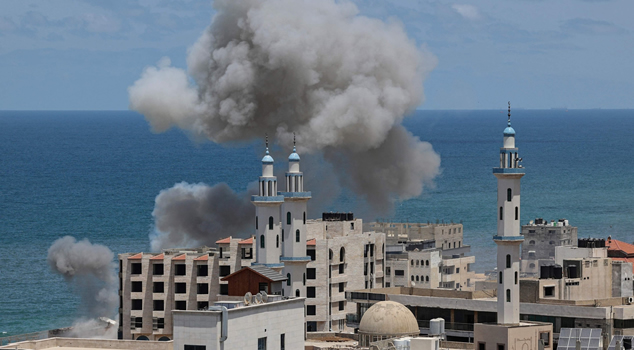 Despite a ceasefire that came into effect in May ending the conflict between Israel and the Gaza Strip, Israeli forces have fired air strikes at the Hamas controlled settlement.

The strikes which came in the early hours of Wednesday, are the first under the new Israeli coalition headed by former Defense Minister Naftali Bennett, who ousted Benjamin Netanyahu after 12 years in power.

The Israeli Army said it carried out the air strikes after Palestinian terror group, “Hamas sent incendiary balloons” into the south of the country, in the first major conflict between the two sides since an 11-day flare-up in May in which hundreds were killed.

The Israeli Defence Force (IDF), in a statement, said that in response to the “arson balloons”, its “fighter jets struck military compounds belonging to the Hamas terror organisation”.

It added that “facilities and meeting sites for terror operatives” in Khan Yunis were targeted.

But according to Palestinian sources, Israel’s air force targeted at least one site east of Khan Yunis in the south of the Gaza Strip, which is home to some two million people.

US records 600,000 COVID-19 deaths as number of cases from Indian variant rises