Diool closes $3.5m in funding to expand operations. 2 other things and a trivia | Ripples Nigeria 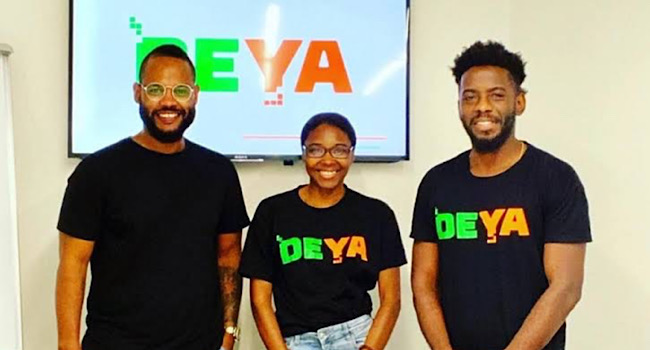 1.  Diool closes $3.5m in funding to expand operations in Cameroon

Diool, a Cameroonian Fintech startup, has announced raising a US$3.5 million in funding to scale its operations.

The startup, which started out as a mobile recharge project in 2015, offers small merchants a way to sell prepaid recharges to their customers from a single app.

Today, the platform makes it simpler for small merchants to accept payments from their customers and repay their suppliers, using many payment methods.

The new funding was led by Lundin family and saw the participation of existing investors as the startup took its total secured investment to US$4.6 million.

Deya, an Angolan crowdfunding startup has secured its first round of pre-seed financing of more than US$50,000.

The new fund will help the startup develop its platform as it looks to start generating revenue.

According to review, the four-year-old Deya is the first crowdfunding platform in Angola, boosting access to finance for social impact causes.

Today, the startup has helped projects raise more than AOA15 million (US$22,000).

He said: “I am thrilled about the success of this financing round, as it lasted for almost a year until we closed negotiations with investors on this round.

“This pre-seed financing is important because it will allow us to develop new intellectual property for the platform and expand Deya’s products offer so that its users can get the most value possible, and thus enabling us greater exponential growth.”

The funding, which is expected to be used for bolstering the digital bank’s growth, will enable the bank to expand its current offering of banking products and grow its lending portfolio.

According to reports, the round saw the participation of new investors including Apis Growth Fund II, a private equity fund managed by Apis Partners (Apis), and JG Summit Holdings (JG Summit).

He said: “As the controlling shareholder in TymeBank, African Rainbow Capital is delighted to have our new co-investors onboard.

“Equally important, Apis and the Gokongwei family invest in TymeBank at a time when significant uncertainty reigns globally and in South Africa as a result of the Covid-19 pandemic.”