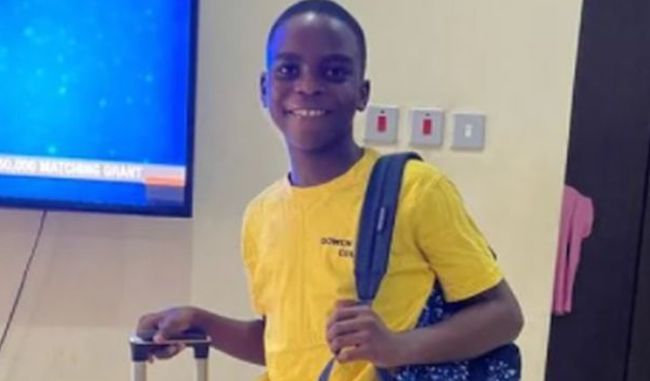 The state’s Commissioner of Police, Hakeem Odumosu, who disclosed this at a press briefing at the Command Headquarters in Ikeja, said the final results of the post-mortem and toxicology examination conducted on the deceased in Lagos and Delta confirmed that the cause of the death was natural.

The state government had on Wednesday cleared the students and staff of the school arrested by the police in connection with the boy’s death.

Sylvester’s family had claimed late last year that their son died after he was tortured by his mates for refusing to join a cult group in the college.

The school management later dismissed the claim, saying the boy was injured while playing football with his mates.

To pave way for a thorough investigation of the incident, the state government ordered the indefinite closure of the college late November.

At the briefing, the police commissioner said there was no evidence to establish a case of torture, bullying and forceful application of poisonous substances against the suspects.

He said: “ I am compelled by necessity of duty and in the interest of justice, transparency and openness, to invite the press here this afternoon to give an update on investigation carried out into the circumstances surrounding the death of Sylvester Oromoni Jnr, the 12- year-old student of Dowen College, Lekki.

“The case has attracted comments and reactions from different quarters, individuals and parents insinuating a cover-up. The comments, reactions and insinuations have necessitated the need to do this press conference.

“Following a formal complaint received on 2nd December 2021 via a petition dated 1/12/2021 written by V.O. Grant & Co, and signed by A.E. Efole et al, the DPO Maroko was immediately directed to carry out preliminary investigation into the incident notwithstanding that the incident was not reported at any police station.

“Same day the petition was received, the DPO Maroko commenced preliminary investigation by visiting the Dowen College, Maroko on a fact-finding mission. However, due to the seriousness of the incident and the dare need to carry out a diligent investigation, the State CID was directed by me to take over the investigation of the case with immediate effect.

“In compliance with this directive, the State Criminal Investigation Department, Panti, took over the case on 3rd December 2021 and continued investigation in earnest. In the course of investigation, eight suspects were arrested. The suspects included three House Masters of the College and five students who were said to have been mentioned by the deceased before his death.

A remand warrant dated 7th December 2021 was obtained at the Yaba Magistrate Court to enable the police detain the suspects for 21 days in the first instance while investigation continued. On 9th December 2021, all the parties including the deceased’s family, the school management, and witnesses were interviewed by me at the Command Headquarters, Ikeja.

“During the open interview, it was unanimously agreed that another autopsy should be carried out where pathologists from all parties would be present. The investigation was extended to Delta State and Abuja.

“ I will like to state here that investigation revealed that same case was reported at the Area Command, Warri, Delta State on 1st December 2021. It has also been established that a post-mortem examination was initially carried out on 2nd December 2021 by a Consultant Pathologist, Dr. Clement Vhriterhire of the Central Hospital, Warri, Delta State.

“The result of the first autopsy dated 10th December 2021 attributed cause of death to ‘acute lung injury due to chemical intoxication in a background of blunt force trauma’. However, toxicology screening was recommended and carried out. While waiting for the result of the toxicology, another autopsy was ordered by the Coroner Magistrate in Lagos because of the status of jurisdiction.”

Related Topics:Sylvester Oromoni
Up Next