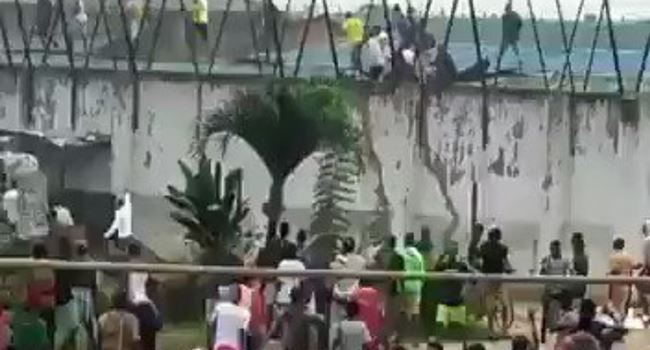 The Edo State Police Command has paraded 18 fleeing inmates who had escaped after the recent jailbreaks at the two Medium Security Correctional Centres in Benin City, during the #EndSARS protests.

“A total of 18 suspects who eloped from the two correctional centres as a result of the jail break during the EndSARS protest have been re-arrested, he said.”

The police also paraded 14 suspected armed robbers and 16 suspected cultists who have been terrorizing residents in Benin City.