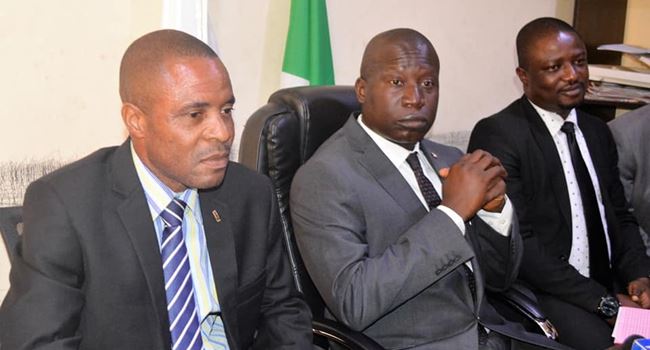 The Ibadan zonal office of the Economic and Financial Crimes Commission (EFCC) on Monday said it has recovered the sum of N131,801,242.61 and six vehicles from criminal suspects within the zone.

The Head of the commission’s Zonal office, Mr Friday Ebelo, while addressing newsmen at the Iyaganku, Ibadan zonal office, explained that it recovered N116,945,981 and 65 vehicles from various operations.

Explaining how the recoveries were made, Ebelo said the money was partly forfeited to the Federal Government and partly to individuals who were defrauded.

He said: “Thr zone has recovered remarkable successes in the period under review.

“This year, the zone received 481 petitions out of which 117 were rejected. About 364 were approved for investigations and we were able to secure 83 convictions out of the 107 cases filed at different courts within the zone. That represents 83 per cent of the total number of cases filed.

Decrying the increase in the number of suspects brought to the commission’s office, Ebelo urged parents to monitor their children and wards.

He noted that those in higher institutions, especially, engaged in cybercrimes at alarming rate.

“I want to say that in the last six months, going by the crime indices done by the commission, most of the suspects brought in are young Nigerians with potentials to be great in life.

“It is not enough to send kids to school; parents should pay unscheduled visits to their schools, especially higher institutions of learnings, and see what the children are doing. That will help to nip in the bud any criminal tendency they might be showing or engaging in.

“Also, we must be wary in using or giving our bank accounts to people around to use to receive funds. Many innocent people are falling victims and it is increasingly becoming difficult to prove, especially when they are the ones who also help them withdraw cash which could have been proceeds of crimes. Parents must monitor their wards and ensure that they do not keep bad company.”