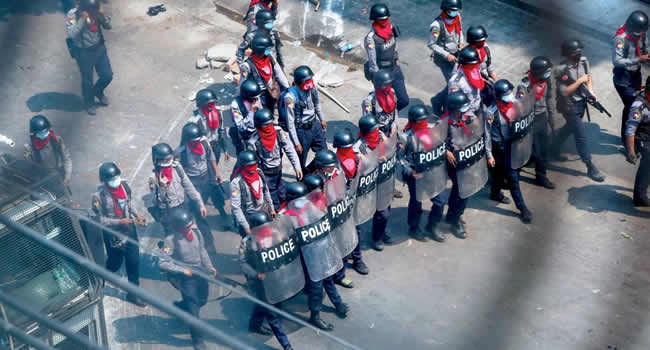 Eight people have been killed in Myanmar after security forces opened fire on some protesters demonstrating against military rule on Sunday, while scores sustained serious injuries in the process

The protests which came after a spell of dwindling crowds and what appeared to be more restraint by the security forces, were coordinated with demonstrations in Myanmar communities around the world to mark what organizers called “the global Myanmar spring revolution.”

During the protests, streams of demonstrators, some led by Buddhist monks, made their way through cities and towns across the country, including the commercial hub of Yangon and the second largest city of Mandalay, where two people were shot and killed.

Some of the protesters held banners with inscriptions like “Shake the world with the voice of Myanmar people’s unity,” while marched to call for an end to the military regime which took over power in a coup on early February.

Related Topics:coupdeathsDemonstrationsMilitarymyanmarMyanmar security forces
Up Next