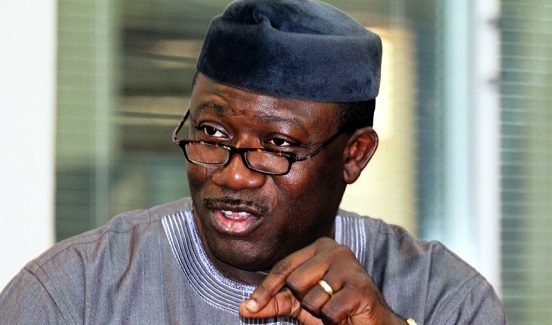 The Ekiti State Police Command said Monday that the officer who fired the shots that injured former lawmaker, Opeyemi Bamidele, and five others at the campaign rally of the All Progressives Congress on Friday has been dismissed.

The Commissioner of Police in the state, Bello Ahmed, said the action was to protect the integrity of the police force.

The police had earlier said the shooting was an “accidental discharge” from the rifle of the police officer, whom they said was on illegal duty in Ekiti State.

Ekiti police spokesman, Caleb Ikechukwu, had said the officer was attached to Mopol 20, in Lagos, but was hired by politician as guard to the rally illegally.

Ahmed, who made the disclosure when he was interviewed on Channels Television, did not however mention the name of the officer and his last posting before his dismissal.

“The policeman involved is dismissed already and even though he’s nursing some injury; and at the appropriate time, he will face the law of course,” he said.

“Nigerians will be briefed on the outcome of our actions.”

Ahmed stated that the politician who brought the police officer to Ekiti State would also be charged to court at the appropriate time.

The politician and a House of Representatives aspirant in the APC, Tayo Adebiyi, are still in police custody.

He had pleaded his innocence, saying he duly applied for the police guard and had no ulterior motive in his action.

Meanwhile, Ahmed warned politicians in Ekiti State ahead of the July 4 governorship election to abide by the rules to forestall violence and crisis during the exercise.

He gave the warning on Monday at a meeting with chairmen of political parties in Ado Ekiti.

He said his command would not allow politicians to run afoul of the 1999 constitution and the Electoral Act during the election.

According to him, the meeting offers the stakeholders the opportunity to brainstorm on
how to ensure a peaceful election.

“What I want from my men is professionalism. We are going to be guided by the instrumentality of the law, because this election is going to be a different ball game,” he said.