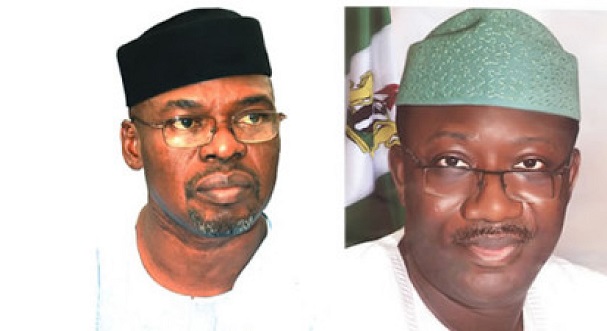 Worried by the suit filed against Ekiti State governor-elect, Kayode Fayemi, by a former governor, Segun Oni, the state Elders’ Forum of the All Progressives Congress (APC) has decided to intervene in the matter.

The elders have called on Oni to, for the interest of the APC and Ekiti people reconsider and withdraw the suit he filed against Fayemi in court.

Oni, an APC aspirant in the recent governorship election in the state, had after Fayemi emerged the party’s candidate, dragged him to court, challenging his eligibility.

However, in a meeting held in Igbara Odo, Ekiti Southwest Local Government Area and presided over by the group’s chairman, Chief George Akosile, the elders said that Oni withdrawing of the suit would be in the interest of the party and Ekiti people.

In a communiqué issued at the end of the meeting, a copy of which was made available to newsmen in Ado-Ekiti on Friday, the APC chieftains said the withdrawal of the case by Oni and his group will facilitate an out-of-court settlement.

The communiqué was signed by Akosile and the forum’s secretary, Chief Abiodun Ajayi. The group said it was going to send a five-man delegation to Oni with a letter appealing for the withdrawal of the case

The forum on the other hand also resolved to send a memo to Fayemi to accept reconciliation and insure he includes Oni’s group in the ruling of the affairs of the party.

LIFE SENATOR: I was reported out of context —Ekweremadu