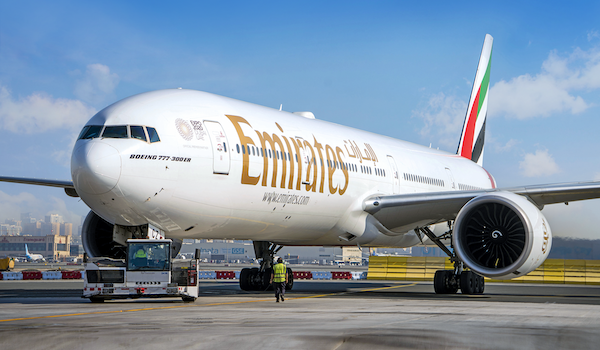 The airline extended the flight ban on Nigeria which began in the last week of December after the West African country increased the flight route of Emirates after an initial suspension.

This was in response to Dubai restoring Air Peace flights schedule to the Arab region back to three, from the single flight which was reportedly occasioned by the Nigerian airline’s change in airport at UAE; from Sharjah Airport, to Dubai Airport, before returning to Sharjah Airport.

Emirates shuts Nigeria out, opts for Ghana, Guinea, others

After the restoration of the weekly flights for Emirates Airline, the UAE flag carrier imposed its own embargo on Nigeria and seven African countries last month on the grounds of Omicron COVID-19 cases.

But while Emirates has announced on its website that flights into Guinea, Cote d’Ivoire, Ghana, Uganda, and Angola have resumed, it maintained its restriction on Nigerian operation.

The Nigerian government hasn’t responded to the embargo, and its unclear the way the administration of President Muhammadu Buhari will go as Air Peace operation in UAE is not affected.

Buhari government, Emirates might collide over conditions to lift restriction

Citizens of Guinea, Cote d’Ivoire, Ghana, Uganda, and Angola travelling to UAE will have to adhere a series of medical requirements tied to the COVID-19 treatment – a move that Nigerian government has frowned against.

It was gathered that citizens of Guinea, Uganda and Ghana must obtain, within 48 hours of departure, a negative polymerase chain reaction (PCR) test to check-in.

Other requirement for Guinea, Uganda and Ghana is that their citizens must present themselves for PCR test on arrival in UAE, this is after a six‑hours rapid PCR with a QR code before departure.

Meanwhile, citizens from Angola and Ivory Coast are to conduct a PCR test on arrival in Dubai. This comes after they must have submitted a negative PCR test 72 hours prior to departure.

Ripples Nigeria had reported in March 2021, that the Nigerian Minister of Aviation, Hadi Sirika, said the procedure of Emirates was devoid of any scientific reasons, stating only 72-hour PCR was warranted.

In his comments, Sirika said Emirate airlines “made demands that there would be PCR test for passengers within 72 hours of their flight and there will also be antigens rapid test at the airport and also a PCR test on arrival in their countries.

“It is devoid of any scientific reasons because the virus itself will incubate at least within or after 72 hours.”

Emirates refusal to conduct only a 72-hour PCR for inbound and outbound flights led to the ban of the airline in March. So with Emirates now insisting on the PCR test on arrival in UAE and the six‑hours rapid PCR before departure in African countries, flight resumption by the UAE airline in Nigeria might take awhile.

Gbajabiamila calls for review of educational requirements for President, governors, others