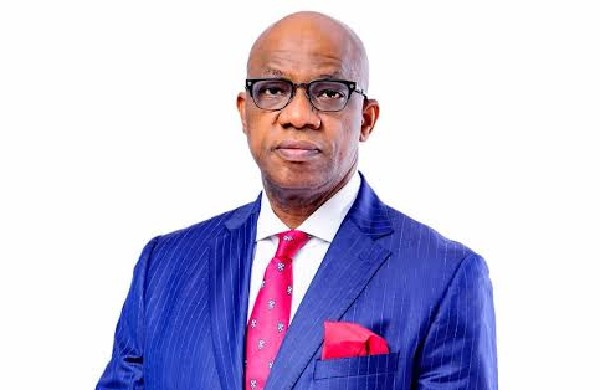 Ogun State Governor, Dapo Abiodun, has painted a gloomy picture of the finances of the state government and how he had to take a N7 billion loan on his second day in office to pay workers’ May salaries.

The governor made the disclosure on Monday while addressing leaders of the All Progressives Congress, APC, in the state.

He however said he would rather focus on ensuring good governance in the state than pre-occupy himself with the actions or inactions of his predecessor.

He said: “We have by far too many things to do than to begin to be bogged down by what someone did or what he did not do or what he left behind.

“We have resolved to draw the line and to move forward from there. We need to be focused. We are going to rebrand and re-launch the security trust fund.”

Recounting his second day in office, Abiodun said that his first challenge in office was how to pay the May workers’ salary, saying he had to call his friends who are managing directors of banks to get a credit facility of over N7bn to pay the workers.

He said: “30th day of May was our first day in office. And on the 31st, it dawn on me that it was the end of the month and we need to pay salaries.

“But here we are on our second day in office. I don’t even have an office; I don’t even know how to sign any document; I don’t even know what the protocols are. Suddenly, we realised it was 31st and I intend to keep my end of the tripartite agreement. So, I called the Head of Service; I told him we must pay salary. But he said to me, ‘You are new in government and everybody understands that you just assumed office and we don’t have that expectation of you paying salaries now. They (workers) will understand. There is very little or no money. We can talk to them.’

“I told the Head of Service, whether they (the workers) were expectant or not, it was my promise to the people that salaries would be paid as and when due.

“So, I picked my phone and called my friends who are MDs in different banks. I told them I needed to pay salaries and this is the little I have; almost nothing in the state account.

“I requested for a credit facility to allow me to pay over N7bn which is the state wage bill. That day, my intention was that maybe one or two will oblige me, but the five banks I called obliged me.”

According to him, civil servants received their alerts that evening and that gave a sense of fulfillment, being his first task in office.