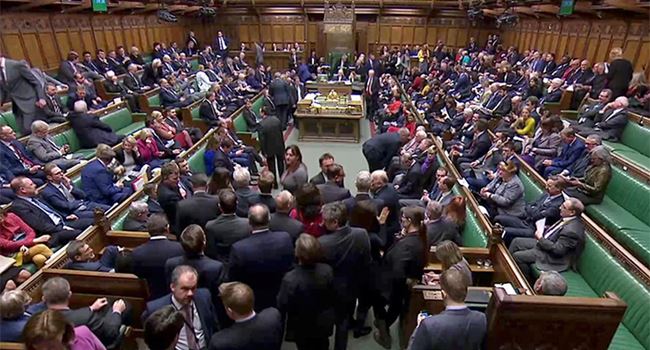 The British Parliament will begin deliberations on Monday on a petition filed by some groups and individuals requesting sanctions against the Nigerian government and officials for alleged human rights violations during the #EndSARS protests.

Members of the British Parliament had last month decried the violence that trailed the shooting of the protesters by the military in the Lekki area of Lagos.

The MPs said in a report following the incident they will for the outcome of investigations by the Federal and state governments into reports of police brutality and extra-judicial killings in Nigeria before taking a position on the matter.

The said petition was signed by over 220,118 individuals in the United Kingdom, requesting the UK government to sanction Nigeria for alleged violations of human rights.

In a reply to the petition signed by the UK Foreign, Commonwealth and Development Office, the Parliament said the UK government “is deeply concerned by violence during recent protests in Nigeria, which tragically claimed lives. Our thoughts are with the families of all those affected.”

“Parliament will debate this petition on November 23, 2020. You will be able to watch online on the UK Parliament YouTube channel.

“On July 6, the British Government established the Global Human Rights sanctions regime by laying regulations in Parliament under the Sanctions and Anti-Money Laundering Act 2018.

“The Foreign Secretary set out in full, the scope of the UK’s new Global Human Rights sanctions regime. He announced the first tranche of designations, as well as the government’s approach to future designations.

“This sanctions regime will give the UK a powerful new tool to hold to account those involved in serious human rights violations or abuses. The sanctions regime is not intended to target individual countries.

“It will allow for sanctions to be imposed on individuals and entities involved in serious human rights violations or abuses around the world.

“We will continue to consider potential designations under the Global Human Rights sanctions regime. It is a longstanding practice not to speculate on future sanctions designations as to do so could reduce the impact of the designations. The UK government will keep all evidence and potential listings under close review.”

Related Topics:#EndSARSBritish parliament
Up Next