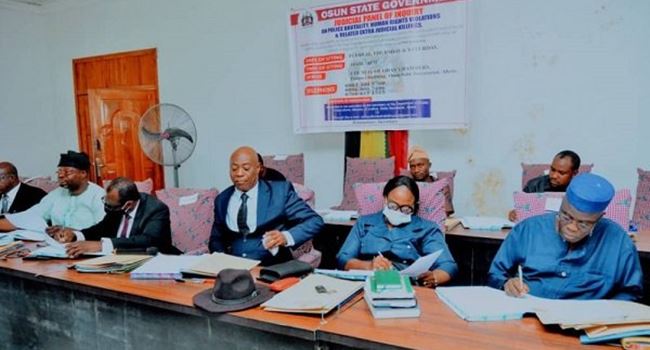 A woman in Osun State, Thursday, told the Osun State Judicial Panel of Enquiry sitting in Osogbo, the state capital, how a drunk policeman allegedly used an Armoured Personnel Carrier (APC) to run over her two children.

The petitioner, Oluwatoyin Adetona identified the officer simply as Agada.

The incident reportedly happened at their residence in 2015, on a Sunday, as they prepared to go to church.

“I was in the bathroom when I heard a noise but by the time I came out, I saw the crushed bodies of my kids. Upon seeing my children dead, I lost my memory.”

“I spent one month and three days at Wesley Guild Hospital in Ilesa before I regained consciousness.

“I later confirmed from witnesses that the officer who drove the Armoured Tank named Agada was said to have been drunk and that a bottle of beer he drank was found in the vehicle after the incident.”

However, the counsel to the Police, F. B. Osei, told the panel that the matter had long been resolved, adding that the said officer has been dismissed and the case is now with the Ministry of Justice for prosecution.

We have made progress with out-of-school children –FG