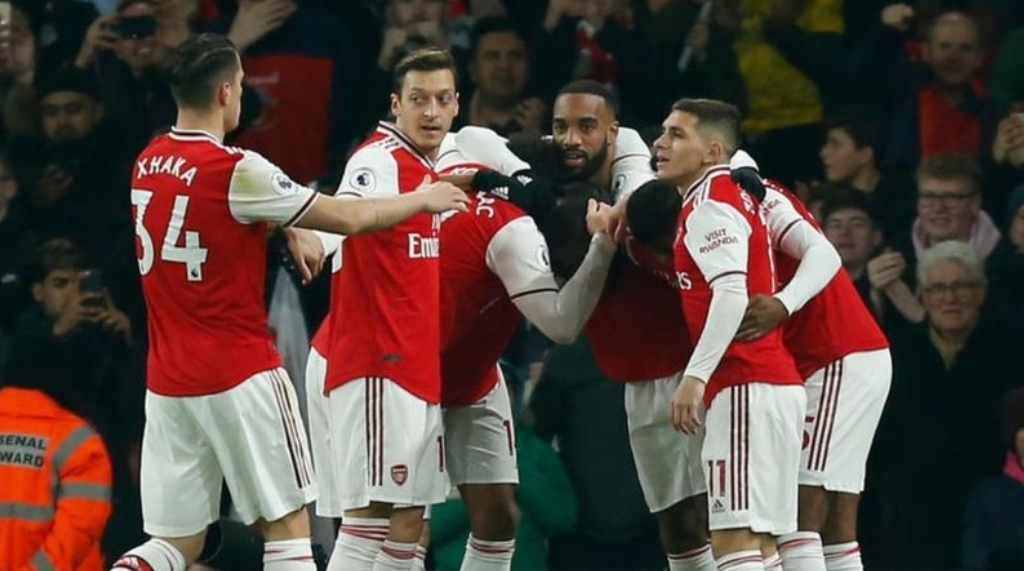 It was the first victory for Mikel Arteta in his three games since taking over as the manager of the Gunners.

An eighth-minute goal by Nicolas Pepe set the hosts on their way to the victory before Sokratis Papastathopoulos sealed the win minutes to halftime.

The defeat leaves the Red Devils fifth in the table, five points behind Chelsea, who drew with Brighton earlier in the day; while victory for Arsenal lifts them to 10th place, four points behind United.

Earlier in the day, Manchester City overcame a stubborn Everton to win 2-1 at the Etihad Stadium.

Gabriel Jesus scored twice in the 51st and 58th minutes as City survived a nervy finish, which say the Toffees halve the 2-0 deficit through Richalison.

Elsewhere, West Ham thrashed Bournemouth 4-0 in David Moyes’ first game in charge following his return to the team, while Norwich City were held to a 1-1 draw by Crystal Palace.

Related Topics:arsenalEvertonManchester CityManchester United
Up Next