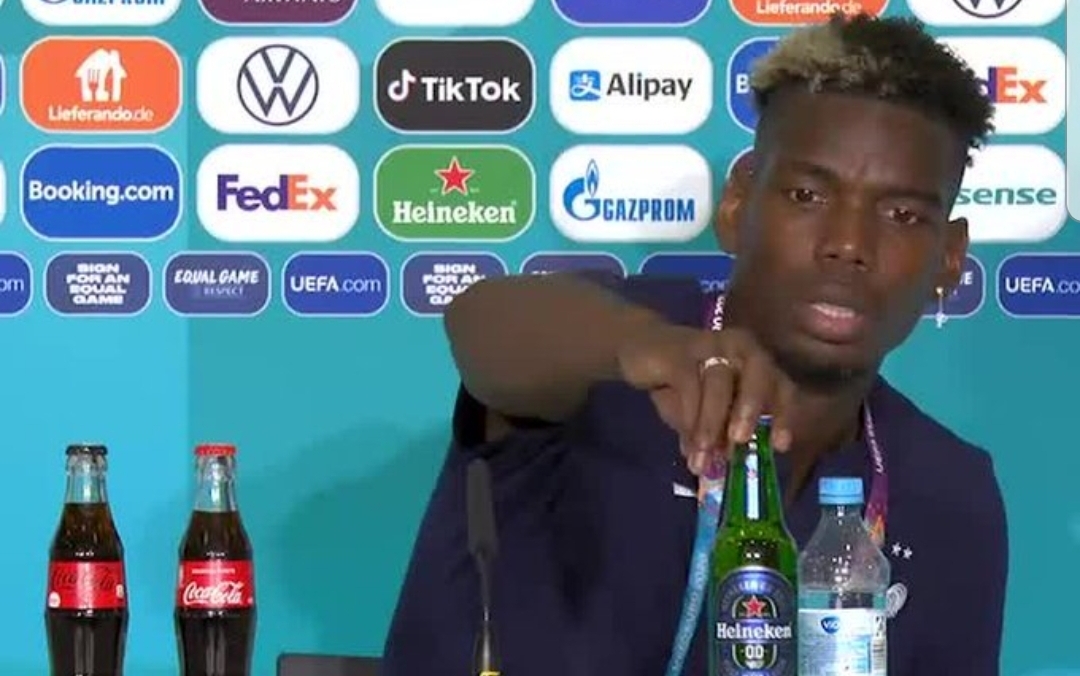 Organizers of Euro 2020 have warned the teams competing at the tournament that they could be fined if any of their players move drink bottles during press conferences.

The warning from UEFA came after three separate players moved bottles on the table during different press conference at the ongoing competition.

“Uefa has reminded participating teams that partnerships are integral to the delivery of the tournament and to ensuring the development of football across Europe, including for youth and women,” tournament organisers said on Thursday.

Uefa’s Euro 2020 tournament director Martin Kallen said players were contractually obliged “through their federation of the tournament regulations to follow” hence the teams would be fined.

“We are never fining players directly from the Uefa side, we will do this always through the participating national association and then they could look if they will go further to the player, but we are not going directly for the moment to the player,” Kallen said.

“We have the regulations signed by the participating federations.”

The tournament is currently on its second round of matches in the group stages.