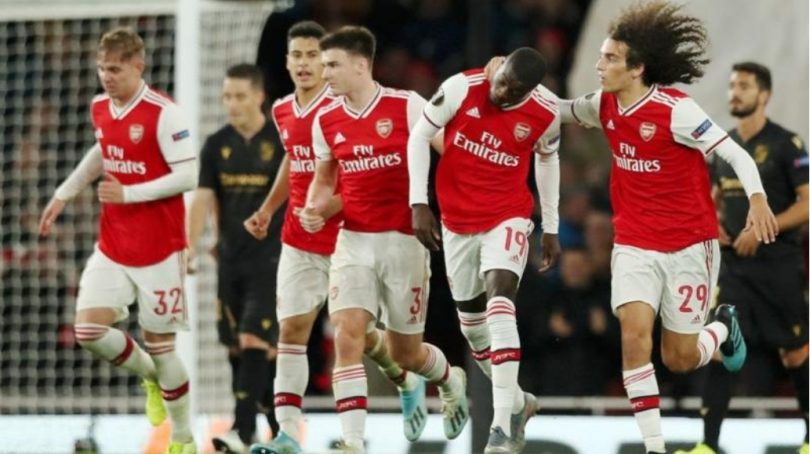 It was all victories for English Premier League clubs in the Europa League on Thursday night as Arsenal, Wolves and Manchester United all secured wins.

Anthony Martial’s first-half penalty proved decisive for Ole Gunnar Solskjaer’s side, who moved top of their group with the victory.

The Red Devils won for the first time in 11 away matches with their only shot on target against their hosts, who carved out chances of their own with Nigerian forward Umar Sadiq putting up a fine performance.

At the Emirates, a late double by Nicolas Pepe helped Arsenal come from behind to beat Vitoria 3-2, after a first half goal by Gabriel Martinelli, and Marcus Edwards and Bruno Duarte scoring for the visitors.

At the Narodny Futbalovy Stadium, Wolverhampton Wanderers came from behind to secure a 2-1 victory over Slovan Bratislava, with former Golden Eaglets midfielder, Rabiu Ibrahim bagging an assist for the hosts.

In another game, Super Eagles star, Joe Aribo played as a substitute in Glasgow Rangers’ 1-1 away draw against Portuguese club, FC Porto.

Aribo took the place of Ryan Kent in the 76th minute.