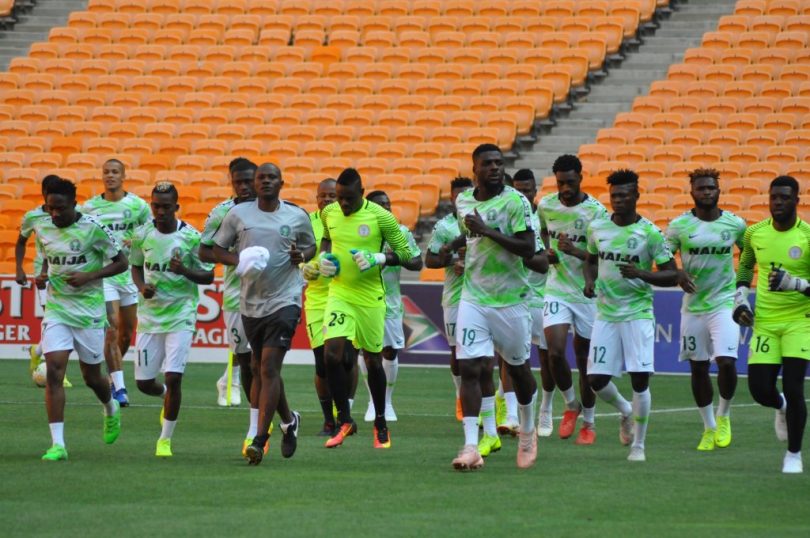 In the absence of Francis Uzoho, Super Eagles coach, Gernot Rohr has picked Ikechukwu Ezenwa as the starting goalkeeper in their match against the Bafana Bafana of South Africa on Saturday.

Uzoho, who has been the team’s first choice goalkeeper, is unavailable for the Africa Cup of Nations qualifier as he has been ruled out by injury.

Ezenwa was named to start the match ahead of Daniel Akpeyi, who manned the goalpost during the reverse fixture in Uyo last year, when the Eagles lost 2-0.

Nigeria had gone on to win their matchdays two, three and four clashes, as they currently sit at the top of Group E.

Table–toppers Nigeria need just one point from the encounter inside the FNB Stadium in Soweto, to be sure of a slot at next year’s tournament billed to hold in Cameroon.