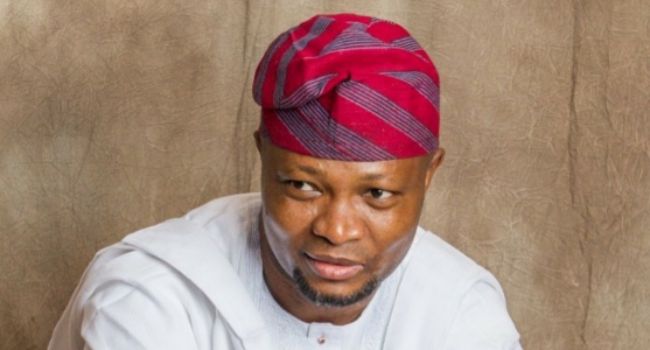 CLAIM 1: The governorship candidate of the People’s Democratic Party (PDP) in Lagos state, Olajide ‘Jandor’ Adediran stated in an interview with Arise TV that governor Babajide Sanwo-Olu has added N276 billion to the state’s debt burden in the last one year.

CLAIM 2: He also stated that the state’s domestic debt is currently N780 billion.

FULL TEXT:
The PDP governorship candidate in Lagos, and convener of the Lagos4Lagos movement, Olajide ‘Jandor’ Adeniran defected from the ruling All Progressive Congress (APC) December last year, and pledged to dislodge the ruling party from the state.

Mr. Adeniran selected Nollywood comic actress and movie producer, Funke Akindele as his running mate ahead of the polls in February, 2023. While many hailed his choice of a female running mate, others lampooned him for picking an actress with no political nor public service experience.

Adeniran however, persistently defended his choice, hailing Akindele as intelligent and independent. He added that the ruling party was scared of the PDP combo.

In the interview with Arise TV, he alleged that the administration of Babajide Sanwolu was frustrating his campaign efforts in the state by compelling advertising agencies not to take campaign briefs from him. He alleged that his posters and billboards were removed on the order of the state government.

He however, said he was not troubled by the alleged intimidation by the incumbent governor, instead his focus was on the task of governance after winning the election. He expressed concern over the debt profile of the state, stating that N276 billion has been added to the state’s domestic debt burden in the last one year.

VERIFICATION
Ripples Nigeria checked documents on Sub-national debts on the portal of the Debt Management Office of the Federal Republic of Nigeria. According to the documents, as at March 31, 2022 (Q1), Lagos debt profile stood at N780,476,880,563.06. Since this is the latest data on Sub-national debts by the DMO, Adeniran’s second claim is largely true.

CONCLUSION
Mr. Adeniran’s first claim that the state governor added N276 bn to the state’s domestic debt burden in one year is specifically untrue, however the figure is close. The domestic debt burden added in the last one year, according to the DMO is N273.99 bn. His second claim is largely true. Lagos state domestic debt at the first quarter of this year is N780,476,880,563.06.