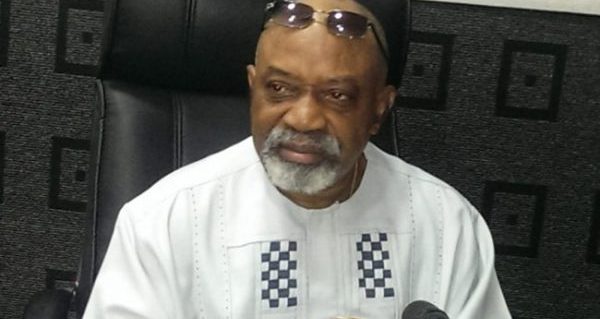 The Federal Government, Thursday, set up of a nine-man administrative panel of enquiry into the finances of the Nigeria Social Insurance Trust Fund (NSITF).

Inaugurating the panel in Abuja, Minister of Labour and Employment, Sen. Chris Ngige said the panel has six weeks to look into the financial state of the NSITF with a view to purging it of all negative trails inflicted on it by the last Board and Management.

In instituting the public inquiry, the Minister said though the Economic and Financial Crime Commission (EFCC) was already handling the criminal investigations leading to the prosecution of the former Managing Director, General Manager, Legal and the Deputy General Manager, Finance and Accounts, it was crucial to further unearth the administrative machinery that made the looting of such a colossal sum of public fund possible and forestall a reoccurrence.

“As you may be aware, the last Board and Administration of the NSITF left negative trails inimical to any advancement and progress for both the human and infrastructural components of the NSITF.

“The Economic and Financial Crime Commission (EFCC) had discovered various acts of fraudulent diversions from the Federal Government and Private Sector Contributions amounting to N62.3 billion as at 2015, allegedly perpetrated by the past board and management staff of the NSITF”, he stated.

He also disclosed that that contrary to the Act establishing the NSITF, no accounting audit report and returns had been done in the organization since 2013.

“On assumption of duty in November 2015, I requested for the Audit Report to enable my office render same in my Annual Report to the President as required by Sec. 30 of the NSITF Act, CAP. N88, Laws of the Federation, 2004 but no feedback was given on the matter in 2015, 2016, and even 2017. All efforts made in this direction were frustrated.

“In 2017, I specifically requested the Auditor General of the Federation to conclude periodic Audit Check as required by Section 85(4) of the Constitution. This yielded no result as the officials of the NSITF gave no cooperation to the Federal Government Auditors,” Ngige said.

The panel whose membership cuts across relevant Ministries, Departments and Agencies will be chaired by Ishaya A. Awotu who is the Director of Finance and Acounts in the Federal Ministry of labour and Employment while Dr. Ifeoma Anyanwutaku, Director of Occupational Safety and Health in the Ministry will serve as Secretary. Other members include : Mrs. P.O Odusanya from the office of the Auditor General of the Federation, Mr. S.U. Ukut from the National Salary Income and Wages Commission, Millicent Ikeotuonye from the Budget Office of the Federation, Eze Osuagwu representing the Organised Private Sector, Representative of the office of the Attorney General of the Federation, Ibrahim Jilbia who is Director of Skills Acquisition and Certification as well as Mrs. D.E Ajiboye, Director Social Security and Cooperative Development, both from the Labour and Employment Ministry.

According to the minister, the panel will among others, investigate the accounting procedure of the fund, conduct proper audit of accounts, and establish how statutory deductions of Pensions, Staff Housing Fund and Taxes (PAYE) were not remitted to the relevant bodies for years as swell as report on any other financial matter relevant to the thrust of the inquiry.