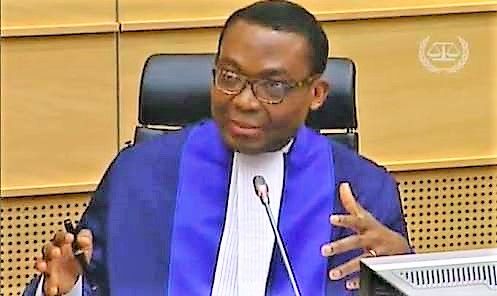 The Federal Government is unhappy that the International Criminal Court (ICC) has “escalated eight potential cases against Nigeria”, arguing that contrary to the premise of the escalation, it has a good record of respect for the rule of law.

The Attorney-General of the Federation and Minister of Justice, Abubabakar Malami (SAN), issued the complaint.

He said this on Thursday while playing host to the newly elected President of the ICC, Prof. Chile Osuji, at his office in Abuja.

Malami said the ICC had “escalated” eight potential cases against Nigeria from “the initial preliminary examination to preliminary investigation”.

Six of the cases are against Boko Haram, while the remaining two are against the military.

The AGF argued that progressing with the investigation against Nigeria was worrisome because the government had demonstrated its willingness and ability to arrest, investigate and prosecute anyone that had committed any offence within the purview of the Rome statute of the ICC.

Malami said, “Presently, the ICC has escalated the eight potential cases against Nigeria – six against the Boko Haram and two against the military – from the initial preliminary examination to preliminary investigation.

“This is worrisome, as Nigeria has demonstrated beyond doubt, and in absolute cooperation with the ICC, that it is willing and able and, as a matter of fact, it is indeed arresting, investigating and prosecuting anyone that commits any offence that falls within the Rome Statute of the ICC.

“The above being the case, Nigeria views the escalation of the eight potential cases as uncalled for in the circumstance.”

He assured the ICC president that Nigeria being “a country that believes in the operation of the rule of law, fundamental freedom and the need to fight impunity in all ramifications” the escalation of the eight potential cases “would not deter us from further expressing and demonstrating support to the ICC.”

Responding, Osuji commended Nigeria for its support to the ICC and assured that the court would continue to work against injustice and abuse of powers in its area of jurisdiction.

The ICC President described as inaccurate and erroneous the impression that Article 27 of the Rome Statute that prohibits immunity being extended to any head of state or senior government officials was targeted at African leaders.

He said the provision and the reason for that portion of the Rome Statute predated independence of African states.