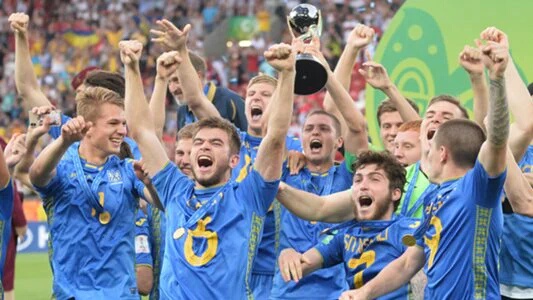 The FIFA U-20 Youth Championship has come to an end Saturday as Ukraine defeated South Korea in the final to emerge world champions.

The European lads, who played in the group stages against the Flying Eagles of Nigeria, went on the way to the final showdown at the Stadion Miejski Widzewa Łódź in Poland.

Ukraine came from behind to see off Korea 3-1 in a thrilling encounter to emerge champions of the world.

Vladyslav Supriaha inspired his side to the historic triumph as he scored twice in the comeback victory.

Ukraine trailed inside five minutes as Valencia’s Lee Kang-in converted from the penalty spot, but Supriaha found the net either side of half-time.

With South Korea tirelessly pushing for an equaliser, Heorhii Tsitaishvili compounded their woes as he rounded off the scoring in the dying minutes for the champions.

Meanwhile, Red Bull Salzburg and Norway striker Erling Haland won the Golden Boot after netting a whopping nine goals in the tournament despite not getting out of the groups.

Also, Lee Kang-in of Korea was awarded the Golden Ball.

Japan, who were eliminated by Korea in the last-eight, picked up the Fair Play Trophy.