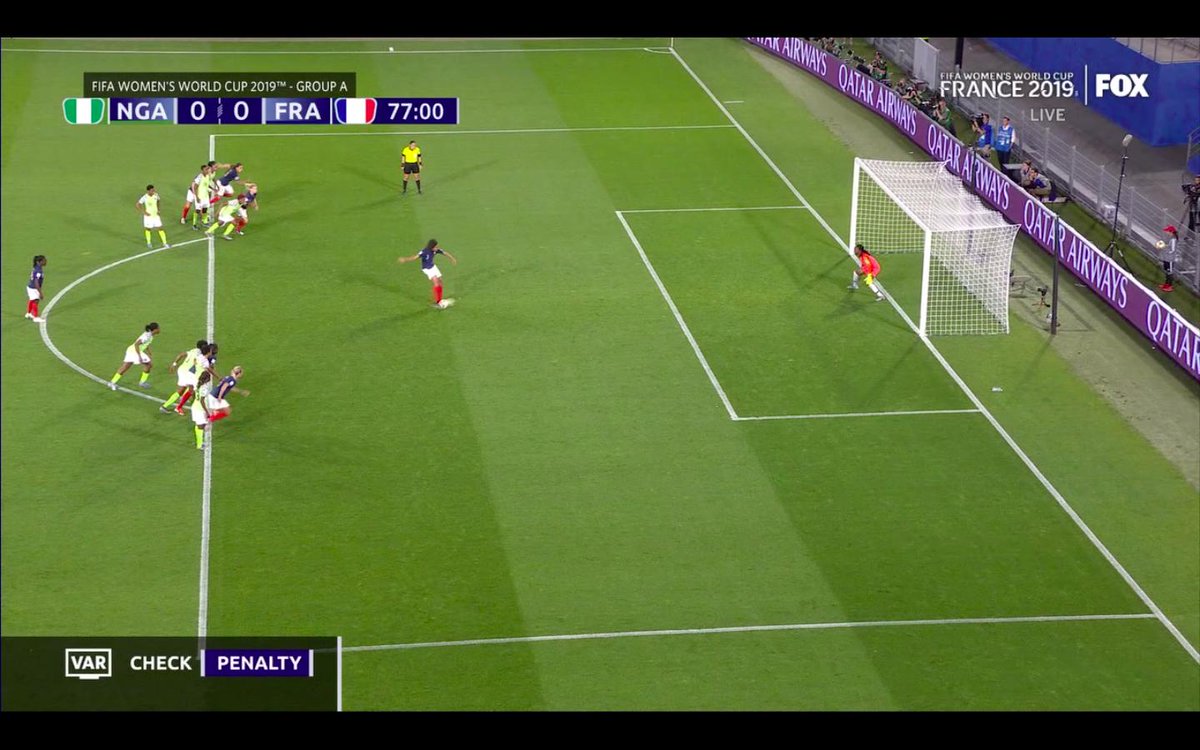 IFAB has announced a tweak in the rule regarding cautions for goalkeeper encroachment during penalty kicks at the ongoing FIFA Women’s World Cup in France.

The football law-making body had brought in a new regulation from June 1st, 2019 that goalkeepers must have one foot at least partly on the goal line when a penalty is taken and can neither stand behind nor in front of it.

The law currently states that if a goalkeeper commits an offence, the kick must be retaken and the goalkeeper cautioned.

Super Falcons goalie, Chiamaka Nnadozie fell victim of the rule in their final group game against France, as the decision by the referee inflicted Nigeria with a costly defeat.

Three penalties have been retaken at the tournament, including one that eliminated Scotland after keeper Lee Alexander saved a stoppage-time penalty against Argentina only to be penalised for coming off her line.

But according to a statement released by IFAB on Friday, goalkeepers will not be booked for stepping off the goal-line during penalty shootouts in the knockout stages.

This, it said, will reduce the likelihood of goalkeepers being sent off.

“Both FIFA and the IFAB … believe that the requirement to caution an offending goalkeeper in Kicks from the Penalty Mark (KFPM) in matches with Video Assistant Referees is not necessary and risks unfairly distorting the KFPM if a goalkeeper is sent off,” IFAB said in the statement.

“As goalkeepers are likely to face a number of kicks during KFPM, there is a higher risk that a goalkeeper will be sent off for receiving a second caution if already cautioned in normal time, or two cautions during the KFPM.”

The World Cup’s round-of-16 matches begin on Saturday, with the Super Falcons taking on Germany by 4:30p.m Nigeria time.