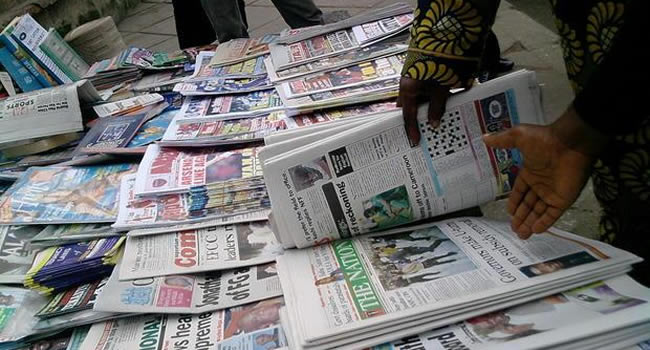 An associate professor at the Institute of African Studies, Carleton University, Ottawa, Canada, Professor Nduka Otiono, has said that free press is on trial and life support under the President Muhammadu Buhari-led administration

Professor Otiono made this remark as keynote speaker during the inaugural Jacksonites Professional Development Series, organized by the alumni association of the Mass Communication Department of the University of Nigeria, Nsukka titled “A “Captured” Media in an Insecure Nation: Democracy, Hate Speech, and Free Speech on Trial?”

He, however, added that while the media appeared captured, attempts to arrest or cage the media would not be successful. “While the media space can be repressed and suppressed, it cannot be captured. It would only undergo a mechanism to deal with government censorship,” he said, adding that the country’s media remains one of the most vigorous and resilient in the world despite increasing attacks.

Otiono acknowledged that fake news or misinformation and hate speech which have been widely aided by social media, have played a role in the government’s move to capture the Nigerian media which include proposed bills by the National Assembly to gag and regulate social media.

​There have been ​growing attacks on free press in Nigeria. ​In early July, all ​Nigerian ​national daily ​newspapers ​protested ​a​ ​legislation being ​proposed by the National Assembly that would allow authorities to control the press​ with a front page depiction titled “Information Blackout”​ as a way of condemning the move and calling for support from media advocates and activists.

​Lawmakers ​have denied any move to gag the press, but said the bills are intended to curb fake news and hate speech. Activists, however, disagreed and said the bills, if passed into law, would give authorities the power to punish journalists and media outlets with fines and prison sentences.

​President Buhari has toughened his stance on the media and civic space since his re-election for a second term in 2019. In June, the government banned Twitter in Nigeria after micro blogging platform censored a tweet by President Buhari which Twitter said violated its rules. The ban is yet to be reversed and activists say there have been increasing moves to regulate social media which has empowered citizens to express their opinions. Journalists have been attacked and arrested while media organizations have been raided by security forces loyal to the government.

Professor Otiono further noted that “Increasing agitation for the restructuring of the federation and concern over widening insecurity have become the gasoline inflaming mass movements, hate speech and repressive assault on fundamental human rights, including free speech as enshrined in the various local and universal charter.”

Professor Chinedu Mba who is a college professor at Algonquin College, Ottawa, Canada and ​chair of the steering committee​ of the lecture series, said the theme of the lecture is very topical, timely and “a first step in meeting the mission and vision of the series” which is to promote the personal and professional development of Jacksonites​, ​communication students, professionals, and allied sectors​, adding that the lecture would ​happen quarterly​ ​in​ collaboration​ with practitioners in the field​ to help facilitate the continuous growth in the profession.

According to Mba, the next series is slated for November and details would be announced soon.

The​ lecture​ had in attendance​ Garba Shehu, the senior special assistant to President Buhari on media and publicity; Professor Pat Utomi, founder of the Centre for Values in Leadership and chairman of the Jacksonite Alumni Global Network, Prof​essor Charles Okigbo of North Dakota University among other professionals and media executives.

WHO donates 26 ventilators to Nigeria