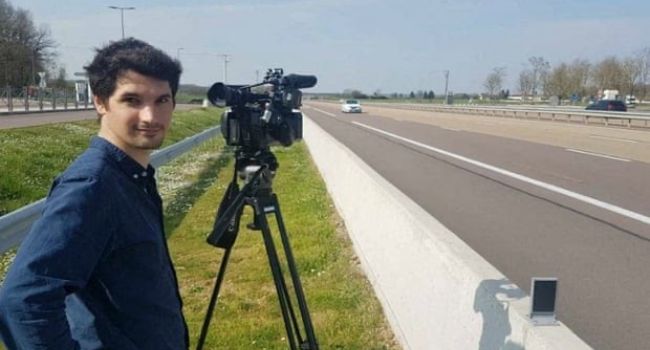 A French journalist, Frederic Leclerc-Imhoff, was killed in Ukraine on Monday.

Leclerc-Imhoff, 32, who worked for CNN affiliate BFM TV, was killed on the road to Lyssychansk in the Severodonetsk region of Ukraine, according to his employers in a statement released by the network on Tuesday morning.

“He was victim of a shrapnel, while he was following a humanitarian operation in an armored vehicle on Monday.

“He was accompanied by his colleague Maxime Brandstaetter, who was slightly wounded in this strike, and their “fixer” Oksana Leuta, who was not hit.

“The Altice Media Group and the editorial staff of BFMTV share the grief of his family and friends.

“This tragic event reminds us of the dangers faced by all journalists who have been risking their lives to report on this conflict for over three months now,” reads the statement.

Leclerc-Imhoff had worked for BFM TV for six years, said the broadcaster, and was on his second trip to Ukraine since the start of the Russian invasion.

Also confirming the killing of the journalist, French President Emmanuel Macron wrote in a tweet on Monday.

“Journalist Frederic Leclerc-Imhoff was in Ukraine to show the reality of the war. On board a humanitarian bus, alongside civilians forced to flee to escape the Russian bombs, he was fatally shot,” Macron tweeted.

“I share the grief of the family, friends and colleagues of Frederic Leclerc-Imhoff, to whom I send my condolences.

“To those who carry out the difficult mission of providing information in theaters of operation, I want to reiterate France’s unconditional support,” Macron added.

This is not the first time a journalist has been killed covering Russia’s invasion of Ukraine.

In early March a Ukrainian camera operator, Yevhenii Sakun, was reportedly killed when Kyiv’s TV tower was shelled, while on March 13, award-winning American journalist, Brent Renaud, was killed by Russian forces in the Ukrainian city of Irpin, according to police in Kyiv.

The next day, Fox News journalists Pierre Zakrzewski, a 55-year-old longtime war photojournalist, and Oleksandra “Sasha” Kuvshynova, a 24-year-old Ukrainian journalist working as a consultant for the network, were killed near Kyiv.