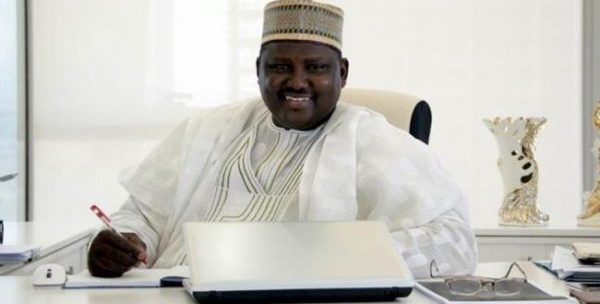 Mr. Abdulrasheed Maina has dragged the Economic and Financial Crimes Commission (EFCC), the Attorney General of the Federation, Abubakar Malami, and others to court by for declaring him a wanted person.

Maina, who was the chairman of the defunct Presidential Taskforce Team on Pension Reforms in his suit marked FHC/ABJ/CS/1174/2017, and filed before the Federal High Court in Abuja, wants the respondents to pay him N500 million as damages for their acts which according to him violated his rights.

Following corruption allegations leveled against Maina, the EFCC was said to have in a newspaper advertisement bearing Maina’s picture and published on November 7, 2017, declared him wanted.

But Maina, who is still at large, in his suit contended that the publication was borne out of malice and amounted to a violation of his rights to dignity of person.

Aside demanding N500 million as compensation, Maina prayed the court to make an order of mandatory injunction restraining the respondents from further making such publication against him.

He also prayed for an order of the court restraining the respondents from further intimidating, harassing, arresting and detaining him.

Equally, the former pension boss prayed for an order mandating the EFCC to tender apologise to him in three national dailies for its newspaper advertisements declaring him wanted on November 7, 2017.

Other respondents in the suit aside the EFCC and the AGF are the Inspector-General of Police, Mr. Ibrahim Idris; the Commissioner of Police, Interpol and the Nigerian Immigration Service.

Maina allegedly looted about N2.1 billion pension funds in 2013, fled the country and was subsequently declared wanted by the EFCC and later sacked from the civil service.

READ ALSO: MAINA: What are you afraid of? Senate asks AGF

However, he was controversially reinstated into the federal civil service last year. But following public outcry upon the discovery of the development, President Muhammadu Buhari again sacked him from service.

The EFCC had for the second time also declared him wanted in an advertisement which had both his name and picture, published in a newspaper on November 7, 2017.

But Maina, who has been in hiding, in the suit anchored by his lead counsel, O. J. Onyemah, and filed last December, is arguing among other seven grounds that there was no legal justification for declaring him wanted.