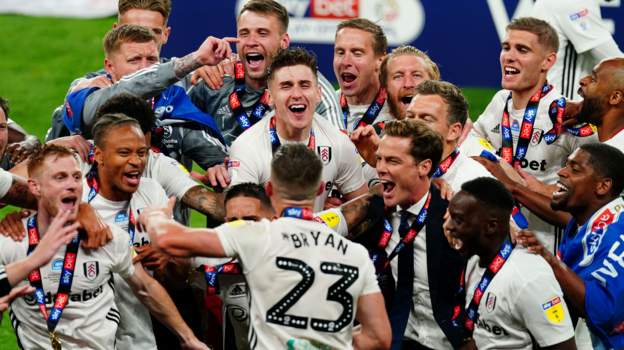 Fulham defeated Brentford in the Championship play-off final on Tuesday night to secure an immediate return to the Premier League.

After a goalless 90 minutes, both sides saw an exciting 30 minutes of extra-time, with three goals scored in total.

Two goals from Joe Bryan for Fulham sealed his side’s place in the English topflight next season.

Henrik Dalsgaard pulled a goal back with a header from eight yards out in the fourth minute of added time, but it was too late for Brentford to spark a comeback.

Fulham will now compete in the Premier League alongside Leeds and West Brom, who both gain promotion automatically after finishing first and second respectively in the second-tier.

It is Brentford’s fourth play-off final defeat, and they have now failed to win promotion in nine play-off campaigns.

They finished third on the Championship table this season, and could have earned automatic promotion had they gotten four points from their final two games of the season against Stoke and Barnsley.

“Of course it’s tough when you lose a final like this in a very tight game but I’m extremely proud of my players.

“We have gone from a mid-table club to a team who, in the league table, was the third-best team.

“We are very fine margins away from the Premier League, which is an incredible achievement from us,” said Brentford manager Thomas Frank.