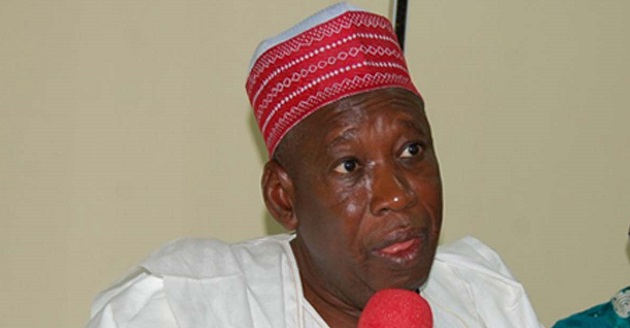 The Kano State Police Command has said it would not allow the proposed protest March by students in the state against Governor Abdulahi Ganduje.

According to police command, though the students, under the aegis of National Union of Nigerian Students, NUNS, had written to the command for permission to embark on the protest march, it will not allow such because of political thugs who can hijack it.

The students, who have chosen the 29th of October for the march, want to use it to force Governor Ganduje to resign from office so as to allow for thorough investigation into his alleged bribe taking videos that has gone viral online.

According to the Kano Police Public Relations Officer, PPRO, SP Magaji Musa Majiya, the students union led by Comrade Isah Abubakar wrote a letter to the state Police Commissioner informing the command of their plan to stage the protest.

Read also: GANDUJE BOASTS: Despite the ‘fiction’ of my blackmailers, my blood pressure is still normal

“Today Tuesday 16 October 2018, a group called the National Union of Nigerian Students has written a letter to the office of the Commissioner of Police seeking permission to stage a protest march on the 29th of this month at about 10:00am from Zoo road to the Government House to call on His Excellency the Kano state governor Dr. Abdullahi Umar Ganduje to resign and allow for full investigation into the allegation of collecting bribe on him” he said.

The police, in denying them the permit, warned them to desist from the plan as the police will not accept what it termed an illegal protest and the breakdown of law and order.

Continuing, Majiya said that Kano is known for political thugs who might try to disrupt the protest and create chaos in the metropolis.

According to him, it is not in the interest of anybody to politicize the issue of the video clips.

The Police Command however advised that anybody with any kind of grievance or advice on the matter should take it before the committee set up by the State House of Assembly to investigate the alleged bribery.