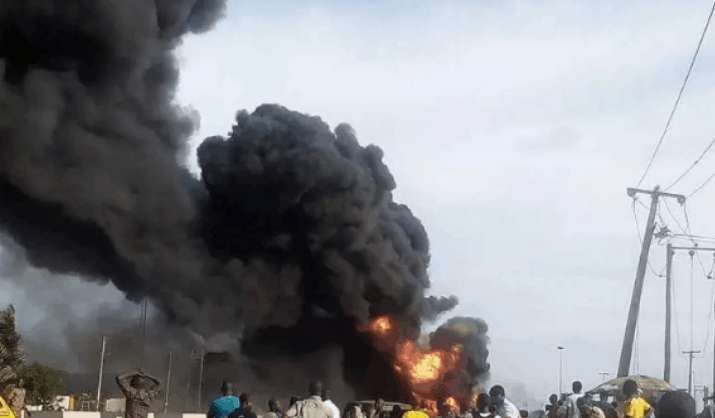 At least two persons were confirmed dead in a gas explosion at a hotel in Abeokuta, Ogun State, on Tuesday.

The scene of the explosion, Central Hotel, located near the headquarters of the Water Corporation in the Ogun State capital is said to be owned by former governor of the state, Gbenga Daniel.

Eyewitnesses told journalists that the technician working in the hotel and a yet-to-be-identified person were killed in the incident.

Three other persons were also seriously injured in the explosion.

The hotel’s Facility Manager, Tunde Osinubi, who confirmed the incident in a statement, said the explosion was caused by a fake gas cylinder used to service a revolving door at the hotel.

He said: “A routine maintenance of the Automatic Revolving Door at the entrance of the hotel reception, which involved the use of oxyacetylene gas to weld the door hinges, was being carried out at the time of the incident.

“The oxyacetylene gas cylinder suddenly exploded and killed the technician and one other person, yet to be identified.

“The gas cylinder which was purchased at the open market may be fake and unable to withstand gas pressure.”

Related Topics:Gbenga Daniel’s hotel
Up Next