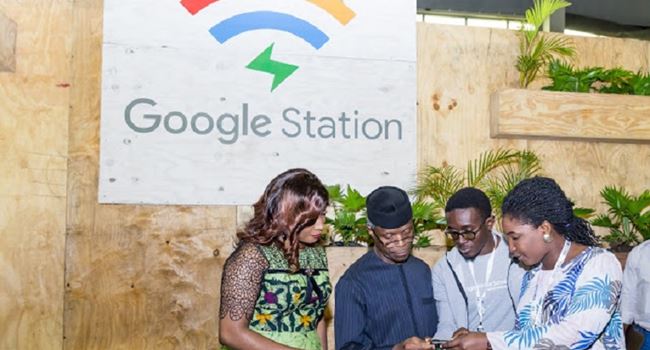 The internet services and product company revealed that the decision to withdraw from the already five-year old scheme was reached on account that internet data charges have significantly reduced over the years.

Google, however, added that its investment in the project had also not yielded revenue as expected.

Confirming this, following its decision to close down the initiative which was already in operation in about nine countries including India and South Africa, Google claimed that its partners have been struggling with infrastructural challenges.

“The challenge of varying technical requirements and infrastructure among our partners across countries has also made it difficult for Station to scale and be sustainable, especially for our partners,” explained Caesar Sengupta, VP, Payments and Next Billion Users, Google.

The business in the project for Google was simple: to provide internet data to harness marketing. So while providing internet connectivity for the public, Google sought to profit from the process by serving ads units on users’ devices and thereafter sharing gains amongst its network of partners.

Initially, when it launched in Nigeria in 2018, it was projected to host about 200 free WiFi stations spread across Lagos, Kaduna, Port Harcourt, Ibadan and Abuja by 2019. However, it was only able to host five in Lagos until its eventual withdrawal.

With the termination of this service, Google might modify these stations to meet other needs if not completely abandoned.

Recently, a number of students of the University of Lagos, who did not know about this development, wrongfully accused the institution of shutting down the facility when the Google station within the premises stopped functioning in the 2nd and 3rd quarters of 2019.

The situation is likely to be same for users in Muritala Mohammed Airport Wing 2, Computer Village Ikeja, Ikeja City Mall, and the Palms at Lekki.

Google’s perhaps biggest challenge is its tussle with the Nigerian Communications Commission, NCC, when the commission accused it in February 2019 of not operating with a licence.

They argued that Google was providing a free service which licensed telco companies were charging for. Hence, Google’s free WiFi was perceived as a killjoy to businesses of other network service providers, especially on the account that Google wasn’t paying levies and taxes to the regulatory body.

Google’s move to shut down the initiative is therefore perceived by analysts as business as usual: this is Google signing out of an investment that is not yielding profit, and this is NCC supposedly protecting businesses of licensed telecoms companies.

This sort of midway undertaking is, however, not new with Google as the tech company has history in pulling out of investments when it doesn’t seem to yield as envisaged. History is only repeating itself if one recalls how Google dumped its social networking Google+ project when it appeared losing completely to Facebook in 2018.