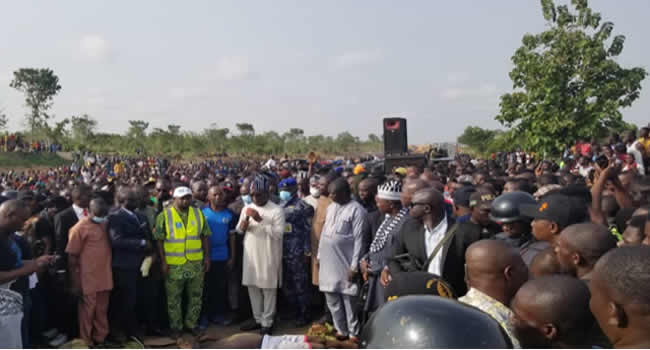 Governor Samuel Ortom of Benue State on Tuesday addressed hundreds of Internally Displaced Persons (IDPs) who had blocked the Benue-Nasarawa Highway in protest.

The IDPs from the Abagana camp had blocked the highway with the corpses of seven people they said were killed at their camp by herdsmen who attacked them.

The governor, while addressing the protesting IDPs called for calm, promising that government would get to the root of the matter.

He also pleaded with the protesters to open up the highway for free movement of travelers.

Related Topics:HerdersidpSamuel Ortom
Up Next

Ladda to lead Africa to Seedstars 2020/21 Grand Finale. 2 other things and a trivia