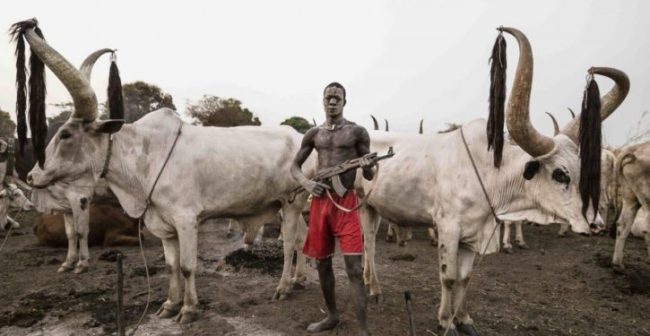 Similarly, about seven people have also been killed in the two local government areas of Kaduna State by herdsmen.

According to Senator Shehu Sani, who represents Kaduna Central in the upper legislative chamber, the killings go on everyday, while security agencies are yet to deploy troops to the area.

Sani spoke on Tuesday on the floor of the Senate, when he raised a point of order. He said farmers in the affected villages and communities do not go to their farms anymore. Sani claimed that the affected residents have relocated to the capital to avoid further attacks.

He said: “Farmers nowadays do not go their famrs anymore. Many of the citizens reside in that local government are now in the capital. Of concern is the fact that killings and abduction are a daily affair. It is one issue that not been able to get the national attention of the global spotlight.

“Bandits that have made life intolerable to the people of that part of the state. Many villages in this local government have been sacked.

“Just few days ago, about 7 persons were killed and continually the killings have been so on a daily basis that even the media does not take much time to give it a space in their pages of newspapers. I am deeply concerned that the government is losing the grip that we cannot guarantee the safety of lives and properties in this country. I think we have lost the essence of our being in government.

“Every day, this country is becoming a theater of war. You see bodies of victims killed, dismembered and shared on social media. There is nowhere in Africa today where you see these gross pictures and images been shared every day. I am deeply concerned that the essence to which we should be in government and address those very important issues have not been given the required attention as they should be.”

“Most of these issues are cornered in ethic, religious and sectional sentiments. It has gotten to a level that we lose the essence of what we are supposed to do as a people in the position of power. This local government has become a centre piece of violence and killings. All attempts made have simply been done lackadaisically.

“There is no much interest on the side of the government to address these problems. It is clear that the areas that attract the attention of the government is the one that is been given the widest publicity. And unfortunately we are not able to get it in our place.

“It is time for us of all men of good will in this country to act. We are living in self-denial. A denial in the sense that, those who are supposed to speak the truth to power have taken an attitude of silence and many of them are burying themselves in politics.

“For how long will this continue? There is violence in all parts of the country. This systematic killing is becoming widespread. I am raising this issue to all the authorities that are concerned that there is need to have a permanent military presence in this local government.

“Few days ago, Senator Marafa raised an issue about the issue in Zamfara state. You should know that Zamfara and Kaduna states are neighbours. That place is virtually controlled by armed bandits and herdsmen and there is no presence of government there. It is time to put politics aside and focus on the issue of insecurity.

“People that are privileged to move to the Villa should please spare us the time of telling the truth to the people in power that things are getting worse and there is a need for us to do what we need to do,” Sani added.

Deputy President of the Senate, Ike Ekweremadu, who presided, recalled that Senator Kabiru Marafa from Zamfara State, raised a similar issue a fortnight ago on the floor of the Senate.

“For two to three weeks running, Senator Marafa has been raising this issue regarding Zamfara and it appears to me that the same forest he is talking about extends all the way to Kaduna, Niger and Kebbi states. So, I think it is time for Federal Government to do something about it,” Ekweremadu said.

“As parliamentarians and representatives of the people, it is our responsibility to continuously call the attention of government to some of these things. The issue of the monopoly of force should be that of state, but today, the non-state actors have now taken over the issue of violence which is very regrettable.

“So, we must be able to stamp our feet and be able to show our people that we can protect their lives and property which is the primary purpose of government. I want to appeal to the government to step up our responsibilities to ensure that we protect our people because once these things are happening it will be affecting us internationally in terms of our public relations; in terms of our direct foreign investment, and then the confidence our people have in government will be eroded. We must all as a government do something to stop this level of killing going on in Nigeria,” he added.
By Ehisuan Odia…