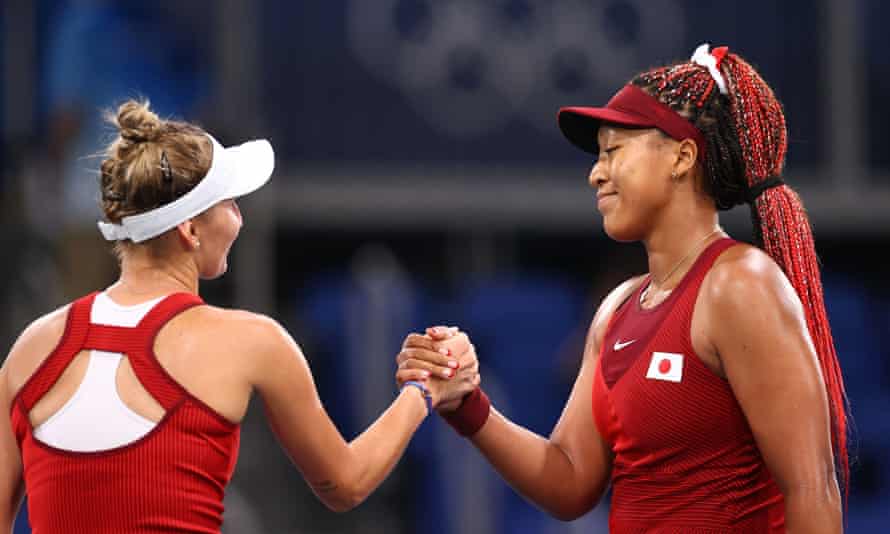 Japan’s Naomi Osaka was handed a shock exit from the ongoing Tokyo Olympic Games on Tuesday morning after she lost in the third round.

Osaka, who was making a return to the sport having been off the court since May, has been one of the faces of the Games in the Japanese capital.

The 23-year-old was sent packing after Czech Marketa Vondrousova earned a straight-set win in Tokyo.

The four-time Grand Slam champion could not win a medal for her country as she lost 6-1 6-4 to the world number 42 Vondrousova in the third round.

“I definitely feel like there was a lot of pressure for this,” said the world number two.

“I think it’s maybe because I haven’t played in the Olympics before and for the first year it was a bit much.”

Osaka, who is the reigning US Open and Australian Open champion, is expected to participate at this year’s US Open after missing the French Open and Wimbledon.

Despite defeat in Tokyo, Oshonaike hopes ‘Club 7’ feat ‘brightens the hearts’ of Nigerians