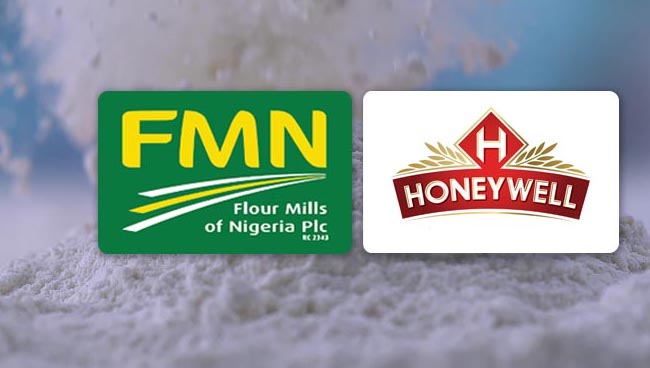 Flour Mills Nigeria and Honeywell Flour Mills Plc have denied breaching court proceedings after Ecobank warned against the deal between both companies.

Ecobank had said in a statement it has a pending case against Honeywell Flour Mill in Supreme Court over a N5.5 billion debt.

The lender, which had lost two previous lawsuits at the Federal High Court and the Court of Appeal, warned Flour Mills Nigeria to stay clear of Honeywell’s asset.

The Honeywell majority shareholder, Oba Otudeko, said in a statement the company had paid N3.5 billion to Ecobank, a claim the lender disputed.

If the judgment is given in favour of Ecobank, Honeywell may lose part of its assets to the lender.

The development led to the crash of Honeywell’s stock to N3.69kobo on Wednesday, causing investors to lose N3.17 billion.

It however recovered and appreciated by 9.75 percent on Thursday.

Flour Mills Nigeria is expected to acquire a 71.69 percent stake in Honeywell.

The company is also discussing with First Bank Holdings on the purchase of the lender’s 5.06 percent stake in Honeywell.

In a notice to the investing public and the Nigeria Exchange Group (NGX), the Flour Mills Secretary, Joseph Umolu, said: “FMN confirms that this agreement is not in breach of any subsisting order of the court in matters relating to any third party.”

”This further assurance has become necessary in view of the publication captioned ‘Ecobank warns against the acquisition of Honeywell Flour Mills, alleges company facing winding-up proceedings.

“Stakeholders are, therefore, urged to maintain their trust in FMN’s management, whose actions are guided by global best practices, as we work diligently to maintain the group’s sterling reputation as one of Nigeria’s leading and oldest agro-allied companies.”

The Honeywell’s company secretary, Yewande Giwa, who also spoke on the matter, said there was no winding up court petition against the company as claimed by Ecobank, or order restraining the company from completing the deal with Flour Mills.

She said: “The issue as to whether HFMP is indebted to Ecobank is still before the courts and the final decision remains the exclusive preserve of the courts.

“It is also important to state that the Court of Appeal judgment being referred to in the reports did not declare HFMP to be indebted to Ecobank.”

We are getting away from oil and gas era —Osinbajo