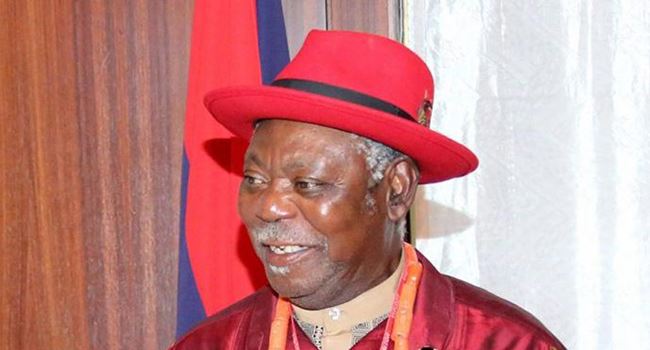 Host Communities in Nigeria Producing Oil and Gas (HOSTCOM) have decried renewed hostilities in the nation’s oil rich Niger Delta, leading to resurgence of violence and vandalism of pipelines.

The group, representing communities hosting oil and gas exploration activities in the Niger Delta, also accused people it tagged ‘unpatriotic individuals’ of activities constituting a threat to peace in the region.

According to HOSTCOM, the recent spate of violence across the country, especially in the Niger Delta, was creating a lot of tension in the host communities.

“The wanton destruction of lives and property cannot in any way be equated with atonement for any grievances we may want to address as currently canvassed by the new militia groups in the region. Rising cases of killings, kidnappings, oil and gas pipelines explosions and attacks on citizens both military and civilian, is dishonouring to the victims, their families with resultant incalculable loss to the nation as a whole”, the group said at a press briefing addressed by it on Friday in Abuja.

The National Chairman of HOSTCOM, High Chief Benjamin Style Tamanarebi, who addressed journalists at a briefing, also debunked insinuations that there was a rift between the rank and file of the organisation, insisting that recent reports and publications insinuating such was the handiwork of a few unpatriotic individuals.

He said: “A few unpatriotic individuals have gone to the pages of newspapers to call for a fictitious AGM after which a conference is to be held in the name of the Board of Trustees and Executive Committees of host communities.

“Host Communities of Nigeria Producing Oil and Gas is one indivisible body. An umbrella body representing all hosts and those within 50km radius of any project site. For the avoidance of doubt, there is no known organisation by the name HOSTCON. Why then use the name of our duly recognized organisation for illegality and by extension, causing insecurity and threat to the Federal Government.

“It is disheartening and jaw breaking that those expected to maintain sanity and decorum as elder statesmen are the ones fuelling the amber of disintegration and threat to unity in the name gas flare penalty fund through conspiracy, impersonation and to cause disunity among members of Host Communities of Nigeria and by extension, the entire country.”

Chief Tamanarebi, who insisted that there is no leadership tussle in HOSTCOM, said that the initial rift was settled through the intervention of the Oba of Benin, the group’s life Patron and a court judgment recognising his leadership.

Vowing not to allow any individual destroy the noble goals of the group, the group’s chairman said further: “HOSTCOM is a noble and famous grass root institution devoid of criminal tenancies. We will resist any form of intimidation by a few individuals, who cannot be allowed to use HOSTCOM in disguise to perpetuate criminality and militancy.

In Diete-Spiff and others, he said, “They are impersonating and are a present threat to the Federal Government to cause a breach of the peace in the Niger Delta. Emuh and King Diete Spiff have been fraudulently misrepresenting host communities national executives.

“It is repugnant and against natural justice that a faceless group would ridicule highly respected, noble and credible monarchs and elder statesmen such as Oba of Benin, King Edmund Dakoru, Chief E.K Clark and King Owong Bassey”, who Chief Tamanarebi said are the leading lights of HOSTCOM.

The group also called for everyone concerned to join hands with it and continue to highlight the developmental, environmental, livelihood, security, resource control and governmental challenges in the region.