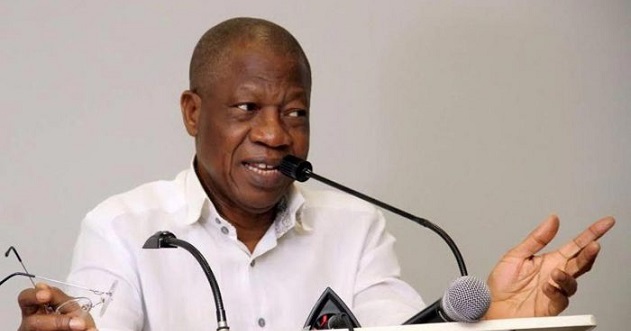 Minister of Information and Culture, Lai Mohammed, has responded to a report that he issued an ultimatum to Israel over Nnamdi Kanu, leader of the Indigenous Peoples of Biafra (IPOB).

Following Kanu’s video appearance in Israel, social media was abuzz with claims from a report that the minister had threatened Israel to deliver Kanu to Nigeria or face military response from Nigeria.

Addressing State House correspondents on Wednesday, Mohammed said the report shows the threat of fake news to the country.

“I was in London when I heard the story about Nnamdi Kanu surfacing in Israel. I was not in a position to make any statement,” he said.

“But before I knew it, within a few hours, I saw my picture with a story saying that I had actually given Israel ultimatum to return Nnamdi Kanu otherwise, we will send them missiles.

“I just laughed. It speaks to what we are talking about fake news because it is probably the biggest threat in the run-up to the elections.”

He also said Kanu’s appearance has vindicated the federal government over allegations he was killed by the military.

“I kept saying that Kanu knows where he is. He was not in the custody of the Federal Government. We have been vindicated today. Any other statement will be made in due course,” he said.