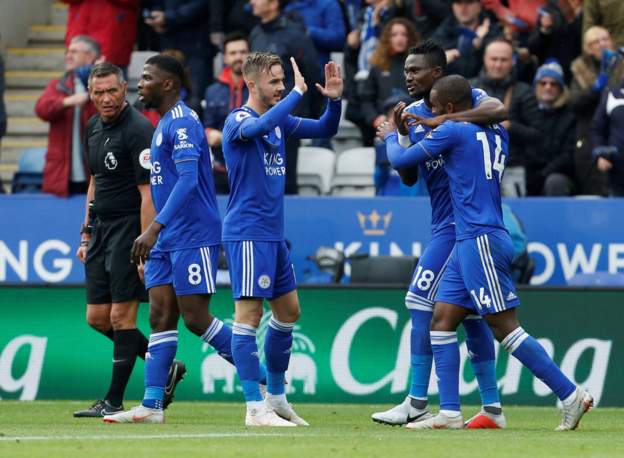 Super Eagles duo of Kelechi Iheanacho and Wilfred Ndidi made the starting squad for Leicester as they lost 1-2 to Everton in a Premier League clash on Saturday.

While Iheanacho was later subbed off after involving in a goal, Ndidi played all through as visiting Toffees sealed the vital win at the King Power Stadium.

Richarlison did put Everton ahead on 7 minutes with a close-range volley but Ricardo Pereira scored a deserved equaliser for Leicester from a corner just before halftime.

Foxes were reduced to 10 men after captain Wes Morgan received his second booking on 63 minutes for a foul on Richarlison, and 14 minutes after, Gylfi Sigurdsson’s stunning goal sealed the win for Everton.

At Wembley, Cardiff remain without a win this season after they were beaten 1-0 by their hosts, Tottenham.

Eric Dier scored the only goal of the game in the eighth minute, tapping in a loose ball from inside the six-yard box from a corner.