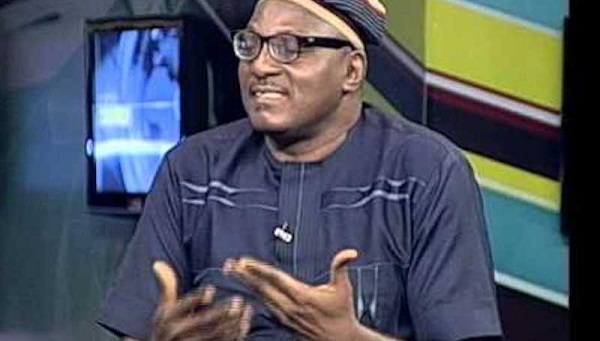 The Buhari Media Organisation (BMO) has berated the Peoples Democratic Party (PDP) for linking the federal government to the cases of inconclusive elections that arose from the recently concluded governorship and state assembly elections across the states.

Overall, there are 6 states affected. They are: Adamawa, Bauchi, Benue, Kano, Plateau and Sokoto states The Independent National Electoral Commission (INEC) has fixed March 23 for conduct of supplementary elections.

The PDP had, while reacting to the development, alleged collusion between INEC and the federal government to prevent its candidates from securing victory.

Reacting, however, the BMO condemned the PDP for the allegation, stating that only INEC was empowered by law to take the decision and that the commission acted without any interference whatsoever.

The responsibility for conducting elections in Nigeria and declaring them final or inconclusive rests absolutely with the Independent National Electoral Commission (INEC); and its decisions are not subject to interference from any quarters.

Therefore, any insinuation that its decision on conclusion or otherwise on any particular election is faulty, ill-conceived and mischievous.

The Buhari Media Organisation (BMO) made these observations while it faulted the claims of the opposition Peoples Democratic Party (PDP) that the federal government is complicit in the declaration of some governorship elections as ‘’inconclusive’’.

In a statement signed by its chairman Niyi Akinsiju and Secretary Cassidy Madueke, BMO said it is disappointing that the PDP, in a deliberate ploy to deceive and mislead Nigerians on the true position of things with the inconclusive elections, has been inundating the people with false claims that those states are its strongholds.

“We are constrained to put the records straight and inform Nigerians that contrary to the position of the PDP, INEC is solely responsible for the conduct of elections in the country, and retains the prerogative to decide which election to be postponed or re-run, based on the extant provisions of the Electoral Act.

“Specifically, Section 26 of the Act empowers the electoral body to decide on the correctness or otherwise of any election. It is therefore totally out of place and sheer mischief for the PDP to put the blame for inconclusive governorship elections in some states on the federal government, or President Muhammadu Buhari.

“For the umpteenth time, we want to remind the PDP that President Buhari is not the electoral umpire and does not dictate to it the methodology for carrying out its constitutional responsibilities. We use the medium to ask the PDP to desist from dragging the name of President Muhammadu Buhari into election matters.”

According to BMO, it is “a mark of President Buhari’s impartiality in the elections that in a state like Plateau where the All Progressives Congress was leading in the governorship election with about forty thousand votes, the election was still declared inconclusive just as it happened in a few other states. We therefore consider it as the height of political rascality for the PDP to lay claim to those states as its strongholds.”