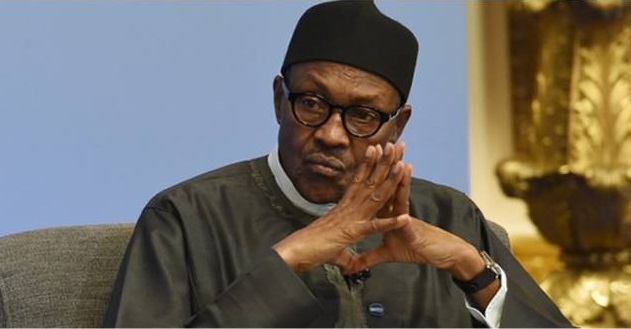 Socio-Economic Rights and Accountability Project (SERAP) has urged President Muhammadu Buhari to intensify his government’s crackdown on corrupt money and recovery of other illicit wealth by public officials and institutions to fund the proposed N65,000 national minimum wage by the Nigerian Labour Congress (NLC).

The group called on the president to do this “if he is to fulfill the needs of ordinary Nigerians who continue to struggle to make ends meet, and whom he has called his ‘constituency’.”

Following the delay in negotiations for a new minimum wage, the NLC had last week directed workers to proceed on a nationwide warning strike.

Buhari had in November 2017 inaugurated a tripartite committee to negotiate a new national minimum wage for the country, assuring workers that the committee, which began sitting in March 2018, would conclude its work by the end of September. But the committee has yet to finalise its work despite promise by the government.

Reacting, SERAP in a statement on Sunday by its deputy director Timothy Adewale said, “The minimum wage of N18,000 for Nigerian workers stands in sharp contrast with outrageous and sometimes illegal salaries and allowances of high-ranking public officials who continue to enjoy lavish lifestyles with impunity. Paid so little, already vulnerable Nigerian workers are left in a precarious situation, unable to ensure a decent standard of living for themselves and their families, with access to water, health, and education seriously undermined.”

The organization said, “Paying workers N18,000 minimum wage is tantamount to labour exploitation and ‘normalization of poverty’, and if urgent action is not taken to reverse it, will continue to drive Nigeria’s poorest families deeper into poverty. Having an exploited labour force will also exacerbate incidents of bribery and petty corruption and undermine access of marginalized sector of the population to essential public services such as water, health and education.”

According to the organization, “As the government marks Nigeria’s 58th Independence Day, now is the time for it to choose between spending billions of naira to fund the lavish lifestyles of billionaire politicians or lifting millions of Nigerian workers out of poverty by ensuring that the national minimum wage is set at a level sufficient to provide all workers and their families with a decent standard of living.”

The statement read in part: “Successive governments have demonstrated scant respect for the fundamental human right of Nigerian workers to a just remuneration while at the same time increasing salaries and allowances of high-ranking public officials including members of the National Assembly, state governors and ministers. This not only violates the country’s international human rights obligations but undermines its international commitment to provide an adequate living wage for ordinary workers that ensures an existence worthy of human dignity.

“Buhari only last week in the US described the ‘working poor’ and ordinary Nigerians as his ‘constituency’. He now has to provide bold leadership to improve conditions for this marginalized sector of the population by publicly supporting a just remuneration for Nigerian workers to allow them to lead a decent life. His government can make this a reality by pushing to recover stolen assets and other illicit wealth by public officials and institutions since the return of democracy in 1999.”

“The minimum wage in Nigeria is insufficient to ensure a decent standard of living for workers and their families. Aggressively pursuing recovery of stolen public assets and other illicit wealth and ending illegal salaries, allowances and double pay for public officials at all levels and using recovered funds to implement an adequate living wage would be entirely consistent with Nigeria’s obligations to take steps progressively to use its maximum available resources to ensure an adequate standard of living for marginalized Nigerians.”